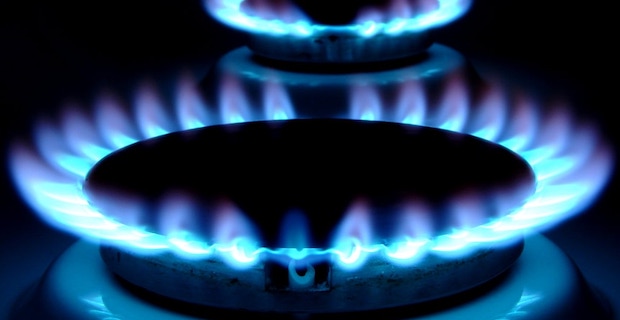 Business Secretary Kwasi Kwarteng will hold crisis talks with industry bosses including Centrica and E.On on Monday. High demand for gas and reduced supply are behind a recent surge in prices. Consumers are protected from sudden hikes through the government's energy price cap, a maximum price they can be charged on a default tariff.

But that also means energy firms are unable to pass on higher wholesale costs to their customers. The UK's sixth largest energy company, Bulb, is seeking a bailout, while four smaller firms are expected to go bust this week, as a result.

At the beginning of 2021 there were 70 energy suppliers in the UK, but industry sources have said there may be as few as 10 left by the end of the year.

Four small energy companies have ceased trading in recent weeks, including Edinburgh-based People's Energy, which supplied gas and electricity to about 350,000 homes and 1,000 businesses, and Dorset-based Utility Point which had 220,000 customers.

Recent price hikes have left some companies unable to provide their customers with the energy they have paid for.

The business secretary has been in talks with energy providers and will hold a meeting later to explore solutions to the crisis.

If a supplier fails, the energy watchdog Ofgem will make sure affected households continue to be supplied, and will not lose money owed to them.

A new energy supplier would be responsible for taking on any credit balances a customer may have.

It is understood that Mr Kwarteng is "reluctant" to bail out smaller companies but is concerned consumers may end up on more expensive tariffs when they are switched to a new supplier.

Keywords:
GasEnergyLoan
Your comment has been forwarded to the administrator for approval.×
Warning! Will constitute a criminal offense, illegal, threatening, offensive, insulting and swearing, derogatory, defamatory, vulgar, pornographic, indecent, personality rights, damaging or similar nature in the nature of all kinds of financial content, legal, criminal and administrative responsibility for the content of the sender member / members are belong.
Related News