Petrol prices have reached an eight-year high after nine straight months of rises, according to the RAC. 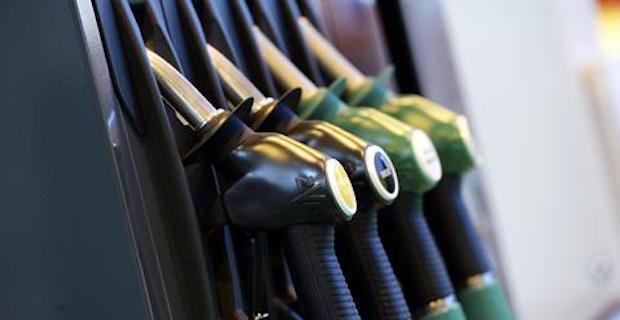 The group said the average price of a litre of petrol is now 135.13p, a level not seen since September 2013, as rising oil prices push up fuel costs. Diesel now costs an average of 137.06p a litre, its highest price since 2014.

"Prices really are only going one way at the moment - and that's not the way drivers want to see them going," warned RAC fuel spokesman Simon Williams. The latest RAC Fuel Watch figures show that another 3.4p was added to a litre of petrol in July, the largest rise in the price of unleaded since January, while diesel climbed 2.7p a litre.

That meant last month was the most expensive July to fill up with petrol since 2013, and for diesel since 2014.

"With a second summer staycation in full swing, it's proving to be a particularly costly one for many families who are using their cars to holiday here in the UK," said Mr Williams.

It is hard to see prices falling anytime soon, said Mr Williams. Confidence is building that there will be a global economic recovery and as trade picks up that is increasing demand for oil.

But as demand outstrips supply, wholesale fuel prices are pushed up, which has a knock-on effect for motorists.

"While we're not past the pandemic by any means, demand for oil is likely to continue to increase as economic activity picks up again, and this is likely to have the effect of pushing up wholesale fuel prices, costs which retailers are bound to pass on at the pumps," Mr Williams said.

He warned that unless major oil-producing nations decide a new strategy to increase output, forecourt prices could climb even higher towards the end of the summer.

Despite the recent price increases, petrol prices are yet to reach the highest level we saw in the middle of 2012.

In April 2012, prices peaked at 142p a litre for unleaded and 148p for diesel, according to Brian Madderson, chairman of the Petrol Retailers Association.

"We're still some way off that level and indications are that the oil price has checked and come back a little because of concerns that China may be going into an economic slowdown."

That could help dampen demand and "if that is the case, we'd expect the wholesale price to come back a little and then pump prices to follow within the month," Mr Madderson told the BBC.

But he tempered that optimism with a warning that the situation is "on a knife-edge at the moment" with "summer often the time of the year when there is significant maintenance work in the refineries, which restricts output".

Keywords:
PetrolPetrol PricesRAC
Your comment has been forwarded to the administrator for approval.×
Warning! Will constitute a criminal offense, illegal, threatening, offensive, insulting and swearing, derogatory, defamatory, vulgar, pornographic, indecent, personality rights, damaging or similar nature in the nature of all kinds of financial content, legal, criminal and administrative responsibility for the content of the sender member / members are belong.
Related News