Pegasus increased its guest numbers by 15% in 2017

Pegasus Airlines has announced its financial results for 2017. 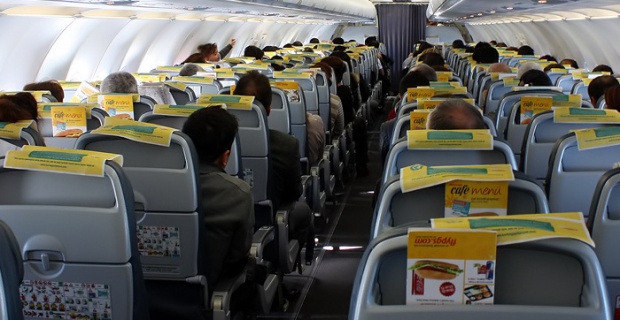 AVRUPALONDON - Pegasus Airlines has announced its financial results for 2017. According to the results available on the Public Disclosure Platform (KAP), Pegasus has increased its guest numbers by 15.2% in 2017 to 27.82 million, while simultaneously growing its turnover by 44% to TL 5.3 billion. Pegasus’s annual net profit for 2017 was TL 501 million.

Pegasus had provided its services to a total of 27.82 million guests in 2017, including 16.89 million on routes within Turkey and 10.45 million on its international routes. Pegasus has increased its guest numbers on routes within Turkey by 10.5% compared to the previous year, while guest numbers on its international routes grew by 21.7% year-on-year.

10 new aircraft will join the fleet

Within the scope of an order placed with Airbus in 2012 for 100 aircraft, of which 75 were firm orders, Pegasus decided to exercise its 25-aircraft option in favour of the A321neo aircraft, thus making headway in its efforts to expand its fleet and flight network.  As of March 2018, Pegasus has a total of 75 aircraft in its fleet, and 10 new aircraft will be added during 2018. The first of these 10 new aircraft was delivered in February.

Commenting on the results for 2017, Pegasus Airlines CEO Mehmet T. Nane said that 2017 had seen a cautious recovery in the aviation sector, adding that “since last year, we have been saying that we predict real growth will begin in 2018. The positive trends in the sector and our own company confirm our beliefs. The figures show that we are heading in the right direction. The civil aviation sector is in a much better position generally and has managed to shake off the negative impact of the past few years. We have complete confidence in Turkey’s  economy, civil aviation and tourism potential. In 2018, Pegasus aims to increase its guest numbers and capacity by between 11 and 13%.’’

Pegasus's main strategy is a guest-focussed approach and technology

Stating that technology was among the key investment areas for Pegasus in 2018, Mehmet T. Nane said “By closely following technological developments and using technology to create added value projects for our guests, we are better prepared for the future. We aim to be ranked among the top 10 airlines globally with regard to technology use.”

Since it first began scheduled flights in 2005, Pegasus, as a brand, has remained focused on digital developments and new technologies, with the aim of becoming better acquainted with its guests and providing them with a superior user experience. With its guest-oriented approach, Pegasus is working at full speed to renew all its digital channels in 2018, in order to simplify the travel experiences of its guests.

With the Electronic Flight Bag system it developed in 2016, Pegasus eliminated paper use from the cockpit. Among its investment plans for 2018 is the digitization of the cabin crew and ground staff, so that these teams can perform their work more easily and achieve maximum efficiency.

Pegasus is preparing to restructure all of its systems using cutting-edge technology and will carry out optimisation of all points of contact where guests can be provided with faster and more efficient services, from its website and mobile sales channels to its agency screens and the DCS screens used at check-in desks, with this vision and perspective in mind.

With regards to the goal of becoming better acquainted with their guests and providing them with an improved digital experience, Mehmet T. Nane stated “We are making firm progress towards our goal of operational efficiency using new technology and digitalisation. We are restructuring all our operations and service points with these systems.”

Pegasus has identified human resources as another key area of investment and creating new employment in the sector is among its chief targets for 2018.

Mehmet T. Nane claimed that sectoral growth had had a positive impact on the company, saying “We view the development of the aviation sector in general and creating employment in Turkey as being among our key goals and responsibilities, and just as important as managing and developing the company to the best of our abilities. Pegasus is planning to recruit approximately 1,400 personnel during 2018.