The closing ceremony for the London 2012 Paralympic Games 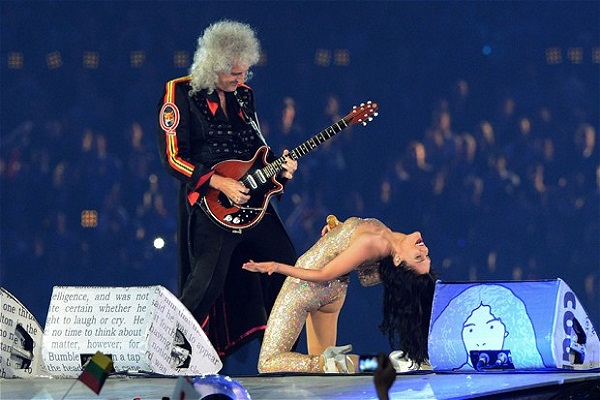 London 2012's Final Show Wows The Crowds.The closing ceremony for the London 2012 Paralympic Games has wowed crowds with a stunning light show, flame throwers and music from megastars.The show at the Olympic Stadium in London was dubbed the Festival of the Flame and features more than 1,000 volunteers.

The spectacle began with a war hero who lost both legs in a blast on the battlefields of Helmand climbing a flagpole and proudly flying the Union Flag.Captain Luke Sinnott provided an emotional and fitting end to the London games - hailed the best in history.Organisers described his role in the ceremony as "a supreme feat of strength and courage".

The National Anthem was then sung by blind singer Lissa Hermans, who is also autistic.

The Paralympics closing ceremony marks the teary end to Britain’s summer of sporting love, when not only did we fall in love with the games and their heroes, but each other. Danny Boyle said London 2012 should be about the best of us, and the last six weeks Britain has been able to swoon over our finest attributes: kindness, a sense of fun, ambition, determination and a love of a good party.