Investors should consider Turkey for mid- and long-term investments, says foreign-born CEO who settled in Turkey 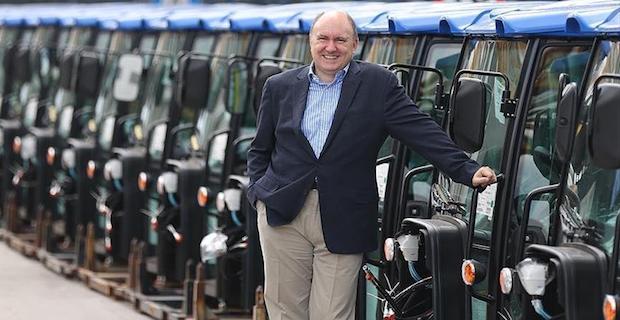 Turkey's investment environment is one that enables investors to get returns, according to the CEO of leading Turkish tractor maker TurkTraktor.

"Investors should invest in Turkey for the medium or long term. A number of decline periods in the short term shouldn't frighten investors because these are signs of growth," Marco Votta told.

Votta, a longtime expatriate resident of Turkey, added that Turkey can make its investment environment even more attractive if the country innovates in functionality and design.

"This can make the country stand out," he said.

TurkTraktor, a joint venture between CNH Industry and Turkish conglomerate Koc Holding, was founded in 1954. The company makes tractors, engines, transmissions, and front and rear axles.

Votta, a graduate of Bocconi University in Milan, said he has been in Turkey for more than 20 years.

"My wife is Turkish and my son was born here. I’m kind of settled here," he said.

Votta said he likes places throughout Turkey, and perhaps especially places that get less attention.

"I mean the northeastern part of Turkey such as Kars, Artvin and Igdir," he said.

"That region is original, different, and nice."

Keywords:
TurkTraktorMarco Votta
Your comment has been forwarded to the administrator for approval.×
Warning! Will constitute a criminal offense, illegal, threatening, offensive, insulting and swearing, derogatory, defamatory, vulgar, pornographic, indecent, personality rights, damaging or similar nature in the nature of all kinds of financial content, legal, criminal and administrative responsibility for the content of the sender member / members are belong.
Related News