The UK inflation rate fell to 2.1% in December, from 2.3% the previous month, according to the Office for National Statistics (ONS). 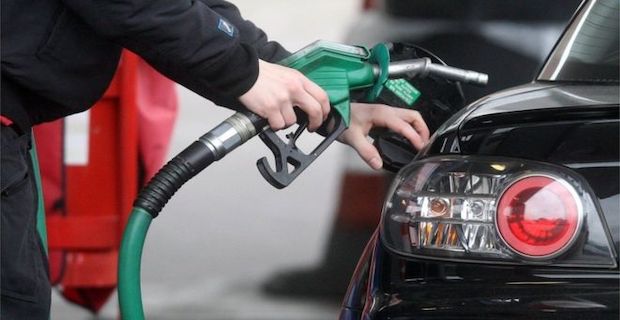 The Consumer Prices Index (CPI) figure was the lowest in nearly two years, pushed down by petrol price falls.

The inflation reading was in line with analysts' expectations.

The figure is close to the Bank of England's target of 2% and may mean the Bank is less likely now to consider any rate rises in the near future.

Inflation is being outstripped by average UK pay growth, with the most recent available figures showing that wages excluding bonuses were up by 3.3% for the three months to October 2018.

The head of inflation at the ONS, Mike Hardie, said: "Inflation eased mainly due to a big fall in petrol, with oil prices tumbling in recent months.

"Air fares also helped push down the rate, with seasonal prices rising less than they did last year. These were partially offset by small rises in hotel prices and mobile phone charges.

"House price growth was little changed in the year to November, with buoyant growth across much of the UK held back by London and the South East."

What's striking about the inflation figures isn't so much what they tell you about the cost of living. It's what they suggest about interest rates. In October, traders in the City were betting the Bank of England would seek to head off inflationary pressure and take some heat out of the economy by raising interest rates again by May.

Pay rises had started to improve significantly, fuelling fears employers would have to start boosting prices to pay those higher labour costs and keep up their profits. In order to head off inflation and keep it close to the 2% target over the next two years, so the logic went, interest rates would have to rise sooner rather than later.

Therefore there's less demand for the goods or services they wish to buy, and therefore less upwards pressure on prices. Therefore, in turn, there's less need for an early rise in interest rates.

This might be some comfort if you're stuck with a huge mortgage, concerned about exactly when the next quarter-point rise in interest rates will come. Think of it as a modest silver lining to the gathering clouds of Brexit-related uncertainty.

These downward effects were offset by upward contributions from a variety of categories, including accommodation services and, to a lesser extent, mobile phone charges, games, toys, hobbies and food.

Inflation peaked at a five-year high of 3.1% in November 2017, but is now at its lowest since January of that year.

The ONS said consumer prices over the fourth quarter as a whole were 2.27% higher than a year previously, a smaller rise than the 2.47% forecast by the Bank of England in November.

The inflation figures also pointed to less short-term pressure in the pipeline for consumer prices, the ONS added.

For manufacturers, the cost of raw materials - many imported - was 3.7% up on December 2017, down steeply from annual inflation of 5.3% in November and marking the weakest increase since June 2016.

Keywords:
UK InflationInflation
Your comment has been forwarded to the administrator for approval.×
Warning! Will constitute a criminal offense, illegal, threatening, offensive, insulting and swearing, derogatory, defamatory, vulgar, pornographic, indecent, personality rights, damaging or similar nature in the nature of all kinds of financial content, legal, criminal and administrative responsibility for the content of the sender member / members are belong.
Related News