Energy bills, inflation and taxes all increasing at same time 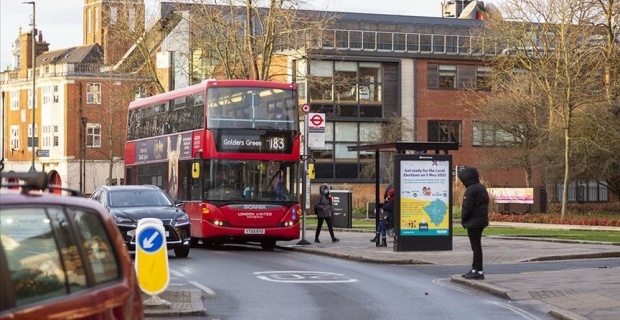 The British government’s increase in national insurance contributions came into effect Wednesday, reigniting controversy over its handling of Britain’s escalating cost-of-living crisis. Employees pay national insurance on their wages, employers pay contributions for their staff and the self-employed pay it on their profits. Effective today, it has increased by 1.25 percentage points. The Conservatives’ 2019 election manifesto pledged not to increase national insurance, but they argue that the coronavirus pandemic has now changed the state of play.

The ruling party says the increase in national insurance is needed to firstly clear the National Health Service waiting list backlog that accumulated during the pandemic, which currently stands at over six million, and secondly to fund the country’s strained social care system.

Defending the rise, British Prime Minister Boris Johnson said it was a "necessary, fair and responsible next step, providing our health and care system with the long-term funding it needs as we recover from the pandemic.”

Chancellor Rishi Sunak said “this government will not shy away from the difficult decisions we need to take to fix our social care system and slash NHS waiting times."

Health Secretary Sajid Javid told Sky News that "all of the funding raised from it is going to go towards the extra £39 billion ($50.9 billion) we are going to put in over the next three years to health and social care.”

"Why is any of this necessary, whether it is for health or social care? It's because of the impact of the pandemic. We know it is unprecedented. It has been the biggest challenge in our lifetime,” he said. “The impact of that is going to continue for many years.”

‘Wrong tax at the wrong time’

Despite the government’s defenses, the move is controversial.

Just last week, energy bills increased by hundreds of pounds, and inflation is expected to hit a 40-year high by the end of this year.

Moreover, the independent Office for Budget Responsibility forecast that the overall tax burden as a proportion of the UK’s GDP will by 2026-27 rise to its highest level since the late 1940s.

"Only last week we had the energy bill hike of hundreds of pounds that people can't afford and then today the government chooses to impose new tax on people -- and it's only on working people."

"It's the wrong tax at the wrong time," he said. "Now we've got the highest tax burden for 70 years."

Keywords:
InflationEnergy BillUK
Your comment has been forwarded to the administrator for approval.×
Warning! Will constitute a criminal offense, illegal, threatening, offensive, insulting and swearing, derogatory, defamatory, vulgar, pornographic, indecent, personality rights, damaging or similar nature in the nature of all kinds of financial content, legal, criminal and administrative responsibility for the content of the sender member / members are belong.
Related News