It will take "four to five years" for passenger numbers to return to pre-pandemic levels, Gatwick Airport has said. 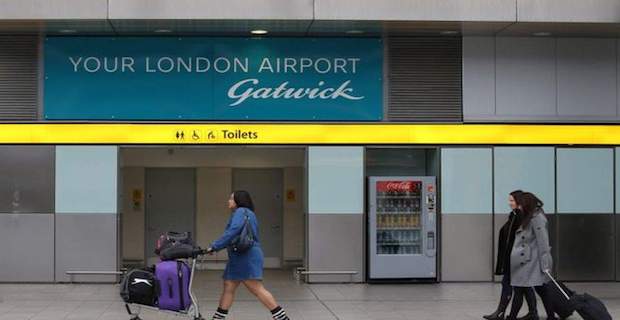 The West Sussex airport experienced a 61.3% fall in revenue and a £321m loss between January and June, compared with the same period in 2019. The prediction comes two days after it announced 600 jobs cuts following an 80% fall in passenger numbers. Chief executive Stewart Wingate said Covid-19 had had a "dramatic" impact.

Passenger numbers fell from 22.2m to 7.5m over the same period.

In the statement, the airport said the restructuring plan would "better align the business to passenger and air traffic forecasts".

Mr Wingate said there were "small signs" of recovery, however.

He added: "As with any responsible company we have protected our financial resilience by significantly reducing our operational costs and capital expenditure."

He thanked staff for their hard work "whilst we go through this difficult time", and said he remained "optimistic that Gatwick will recover and retain its position as one of the UK's leading travel hubs".

Keywords:
Gatwick AirportCoronavirusAir Travel
Your comment has been forwarded to the administrator for approval.×
Warning! Will constitute a criminal offense, illegal, threatening, offensive, insulting and swearing, derogatory, defamatory, vulgar, pornographic, indecent, personality rights, damaging or similar nature in the nature of all kinds of financial content, legal, criminal and administrative responsibility for the content of the sender member / members are belong.
Related News