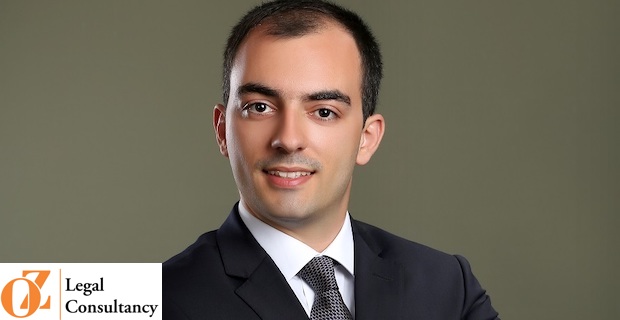 International trade is an indivisible part of businesses in this century. One of the risks of the cross-border trade is that a creditor must still pay the relevant amount of Value Added Tax (hereafter ‘VAT’) to the tax office even if the debtor did not pay the sum to the creditor. In international trade, usually, the volume of a business transaction can be higher than the value of a domestic transaction. Therefore, payable tax amounts are relatively higher than domestic transactions. As a result, the businesses need to claim VAT refund to keep their loss at the minimum for each transaction.
This article aims to provide key points of doubtful debts which arise from cross-border commercial transactions according to the Turkish Law. The term ‘doubtful debt’ has been preferred in this article instead of ‘bad debt’ since bad debt points the debt which is certainly cannot be recoverable where there is still a possibility to recover the debt if it is a doubtful debt.

The Term of Doubtful Debt in Turkish Law

The Turkish tax system assumes the debt as it was received when it was created as opposed to when it was collected from the other party. Therefore, the tax office becomes entitled to charge VAT when the debt was created, in other words, when an invoice is issued. Due to this reason, creditors may end up paying VAT out of what they have not received and may not to be able to receive the debt amount at all. However, the Tax Procedure Law, Law No. 213 (hereafter “the Law”) prevents this unjust position by relieving creditors of VAT arising from doubtful debts (or unpaid receivables).
Article 323 of the Law regulates doubtful debts. The article states as follows;
Providing that in relation to gaining and maintaining commercial and agricultural earnings;
1.    Debts which are at the stage of a court case or enforcement;
2.    Small debts that do not worth pursuing at the court or via enforcement and that were not paid by the debtor despite it was protested or requested in writing more than once;
Are deemed as doubtful debts.
For the doubtful debts written above, the equivalent amount in passive shall be set aside pursuant to the saving value of the evaluation date.
It shall be displayed on the reserve accounts that which debts the equivalent amounts refer to. For secured debts, this equivalent amount refers to the remaining amount of the secured debt.
Subsequently recovered amounts of doubtful debts shall be written to the profit loss account of the period when they were recovered.

Provisions of Entitlement to Claim of Doubtful Debts

Doubtful debt relief is a technical procedure that requires legal support. Nevertheless, it offers an opportunity for the businesses registered in Turkey to reduce their loss when they are not likely to recover their receivables. The Turkish businesses who export their goods and services abroad can also well benefit from this relief if they have reasonable grounds which were summarised above.
Taking the practices, rulings and circulars of the Revenue of Administration into consideration, it can be seen that the key points of being entitled to the doubtful debt relief is that creditors must genuinely follow up their legal disputes in abroad to recover the debt, make required applications to the courts and authorities in these countries to prove that they are the creditors of the said debtors in the eyes of these authorities as well. Therefore, professional legal advice needs to be obtained in those countries where the creditors are pursuing their rights.
Berkay Özdoğu, LL.M.

Keywords:
Berkay OzdoguDoubtful DebtsCommercial TransactionsTurkish LawOZ Legal
Your comment has been forwarded to the administrator for approval.×
Warning! Will constitute a criminal offense, illegal, threatening, offensive, insulting and swearing, derogatory, defamatory, vulgar, pornographic, indecent, personality rights, damaging or similar nature in the nature of all kinds of financial content, legal, criminal and administrative responsibility for the content of the sender member / members are belong.
Related News