City Hall and Transport for London have today joined forces to launch an innovative competition that challenges brands to make their advertising more representative of the capital.Winner will receive advertising space on the TfL network 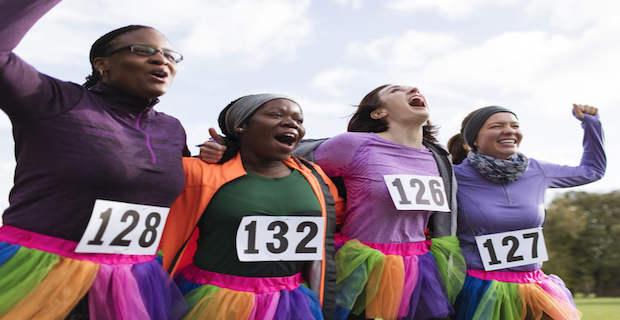 AVRUPA TIMES/LONDON-Brands challenged to develop adverts featuring authentic portrayals of Black, Asian and minority ethnic communitieThis year’s competition is designed to combat the sometimes superficial representation of people of colour in advertising by inviting brands to create campaigns that authentically reflect London’s Black, Asian and minority ethnic communities. It follows the success of last year’s competition aimed at better representing the capital’s women in advertising.London is one of the most diverse cities in the world, with 40 per cent of its population identifying as Black, Asian or minority ethnic. However, while there has been improvement in the visibility of people from varying ethnic backgrounds in adverts, representation has too often been stereotypical, one-dimensional or tokenistic.

Ethnic minority representation in advertising has increased from 12 per cent to 25 per cent between 2015 and 2018, but more than 60 per cent of adverts still feature only or majority white people[1]. Studies have repeatedly shown that where representation exists, communities do not always feel those portrayals are relatable or realistic. In 2018, 34 per cent of Black people said they felt they were inaccurately portrayed in advertising[2].

This year’s contest challenges brands and advertising agencies to develop adverts that market their product while offering nuanced and authentic portrayals of people from Black, Asian and minority ethnic communities.

The winning campaign will receive £500,000-worth of advertising space across the TfL network – one of the most valuable advertising estates in the UK. As with last year, the advertising space has been provided by TfL, working with its advertising partners, JCDecaux UK and Global. The winner and up to two runners-up will be announced in February 2020.

Deputy Mayor of London for Social Integration, Social Mobility and Community Engagement, Debbie Weekes-Bernard said:“Advertising is a powerful force but too often the images we are presented with provide very limited impressions of the people they portray.

“This competition provides a fantastic opportunity for brands to reject generic depictions of minority communities and tell stories that resonate with Londoners who currently may not feel properly represented.

“I hope it sparks further debate around diversity and representation in the sector and challenges advertisers to continue to make their industry truly inclusive.”

Chris Macleod, Director of Customer and Revenue, Transport for London said: “We are proud to serve one of the most diverse cities in the world and it is only right that the advertising displayed on our estate reflects that.

“We are excited to be running the competition again with the Mayor of London, encouraging brands and advertisers to use their creativity to produce campaigns that better represent people from Black, Asian and Minority Ethnic communities.

“It was heartening to see how brands embraced the challenge last year and I look forward to seeing how they will do so again.”

Selma Nicholls, Founder, Looks Like Me said: “It is critical that we continue to represent society fairly, so people from all backgrounds see advertising content that authentically represents them.

“It's time to celebrate our brilliant diverse city, create inclusive content that resonates with our audiences, so people from Black, Asian and minority ethnic communities can proudly say this looks like me."

Nick Collard, Chief Customer & Digital Officer, Holland and Barrett said: “After reading the ‘The Women We See’ research and discovering that Londoners feel the women they see in advertising are not truly representative of the diversity of the city, we instantly knew that as a leading high-street retailer we wanted to try and help change this.

“We were delighted that the judges recognised the positive and empowering messaging of our Me.No.Pause Campaign and winning the competition provided us with prominent advertising space to break the taboos around menopause and convey an important message to audiences across the network.”

“We wanted to help mothers feel more positively about their bodies by combating unrealistic ideals and societal pressures. The campaign had an overwhelmingly amazing response, reassuring many mums that every body is beautiful, unique and worth celebrating.

“With that power comes responsibility and hopefully this competition will encourage the ad industry to properly up its game when it comes to the authentic portrayal of Black, Asian and minority ethnic people in its work.”

• Details of this year’s competition including instructions on how to enter can be found here - www.london.gov.uk/diversity-advertising-competition

- Chris Macleod, Director of Customer and Revenue, Transport for London

- Leila Sidiqqi, Head of Diversity, Institute of Practitioners in Advertising

- Elizabeth Uviebinené, Columnist and Author of ‘Slay in Your Lane: The Black Girl Bible’

- Staynton Brown, Director for Diversity and Inclusion, Transport for London

Keywords:
Ethnic DiversityEthnicDiversityAdvertisingEthnic Diversity In AdvertisingCity Hall And TfL
Your comment has been forwarded to the administrator for approval.×
Warning! Will constitute a criminal offense, illegal, threatening, offensive, insulting and swearing, derogatory, defamatory, vulgar, pornographic, indecent, personality rights, damaging or similar nature in the nature of all kinds of financial content, legal, criminal and administrative responsibility for the content of the sender member / members are belong.
Related News