'Peace in the African continent is very important for stability in the whole world,' says Chinese FM Wang Yi 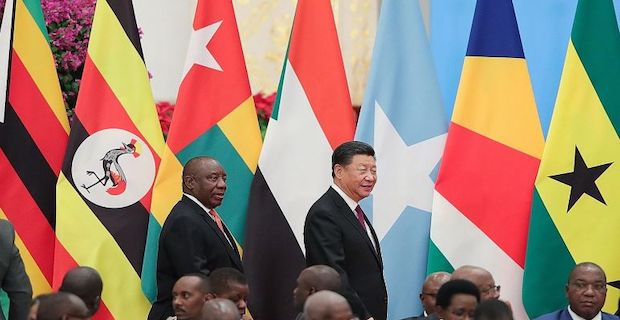 China is desirous to enhance its cooperation with Africa in the areas of peace building and security, the visiting foreign minister said in Ethiopia of East Africa on Friday.

A dialogue for security will be launched between China and Africa, the Chinese Foreign Minister Wang Yi said during his meeting with African Union Commission Chairperson Moussa Faki in Addis Ababa, the capital of Ethiopia.

“Peace in the African continent is very important for stability in the whole world,” Yi said, adding:

“China would deepen its cooperation in the areas of peace and security with the African Union.”

Yi, who began his four-nation African tours in Ethiopia on Thursday, stated that the current relations between China and Africa is “at its peak”.

China made $100 million available in support of the African Stand-by Force and $30 million for military logistics equipment, he said.

He added: “We want to grant 500 million yuan ($72,853.400) for G-5 Sahel,” referring to a multinational military force by Western Africa countries set up to fight against terrorism in the region.

China has its first-ever overseas military base in Djibouti, a tiny but strategic nation that also host French, U.S. and Japan naval bases.

Synergy building with Africa for joint development programs, trans-regional infrastructure development under the one-belt and one-road initiative and cooperation in international arena, such in the UN, will be the other focal areas between Africa and China in the years ahead, Yi said.

Faki, for his part, said China is the biggest partner of Africa in construction of roads, ports and energy facilities.

He described China’s support for Africa in capacity building as “noteworthy”.

China’s support in the areas of peace and security “[…] is most welcomed for us to face multifaceted problems of terrorism and cross-border crimes,” Faki said.

Meanwhile, the two officials inaugurated an Integrated Service Center -- a new complex built by China on the premises of the African Union headquarters.

Keywords:
Chinese Foreign MinisterAfricaSecurity CooperationChina And Africa
Your comment has been forwarded to the administrator for approval.×
Warning! Will constitute a criminal offense, illegal, threatening, offensive, insulting and swearing, derogatory, defamatory, vulgar, pornographic, indecent, personality rights, damaging or similar nature in the nature of all kinds of financial content, legal, criminal and administrative responsibility for the content of the sender member / members are belong.
Related News