The era of austerity is not over for working families on benefits or government departments like transport, according to one of the first independent analyses of the Budget. 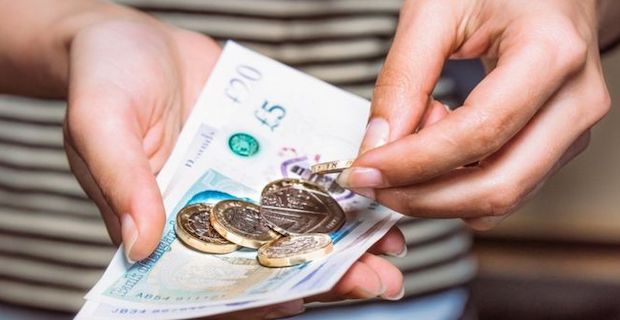 It said that richer households would feel the most positive effects.

However, the report highlighted that many of the cuts to welfare announced in 2015 are still to be rolled out.

That includes the £1.5bn benefits freeze for people in work which the foundation said would see a low income couple with children up to £200 a year worse off.

The Resolution Foundation, a not-for-profit research and policy organisation, said it was the top 10% of households that would gain most - around £410 a year - from the decision to increase the amount people can earn before they start paying income tax and the higher rate of tax.

Poorer households would gain around £30 a year.

Speaking to the BBC's Today programme, the chancellor pointed out that he had allocated an extra £6.5bn for Universal Credit and raised the Living Wage.

"If you look at all the measures in the Budget - and we've done this very carefully - you will see that it is those on the lowest incomes that proportionately benefit the most," he said.

The Resolution Foundation said that with borrowing far lower than expected and economic growth predicted to be slightly higher over the next two years, Mr Hammond decided to spend three quarters of the £74bn extra headroom that was provided by the better public finances.

"The chancellor was able to navigate the near impossible task in his Budget of easing austerity, seeing debt fall and avoiding big tax rises, thanks to a £74bn fiscal windfall," said Torsten Bell, the director of the foundation.

"He chose to spend the vast majority of this on the NHS, income tax cuts and a welcome boost to Universal Credit.

"But while yesterday's Budget represented a seismic shift in the government's approach to the public finances, it spelt an easing rather than an end to austerity - particularly for low and middle income families."

Mr Bell said the chancellor had made "very welcome" commitments to helping people on the new Universal Credit benefit but that three-quarters of the benefit cuts announced in 2015 were still to take effect.

"Income tax cuts announced yesterday will overwhelmingly benefit richer households, with almost half of the long-term gains going to the top 10% of households," Mr Bell said.

"On public services the NHS saw a big spending boost - but unprotected departments still have further cuts pencilled in."

This Budget has certainly seen a turnaround in the government's approach to the public finances - with day-to-day spending per person set to rise by 4% a year until 2023 - in contrast with a 4% fall previously planned.

In his Budget yesterday, Mr Hammond said that the "hard work" of the British people was paying off "and the era of austerity was finally coming to an end".

Keywords:
Budget 2018Philip HammondUniversal Credit
Your comment has been forwarded to the administrator for approval.×
Warning! Will constitute a criminal offense, illegal, threatening, offensive, insulting and swearing, derogatory, defamatory, vulgar, pornographic, indecent, personality rights, damaging or similar nature in the nature of all kinds of financial content, legal, criminal and administrative responsibility for the content of the sender member / members are belong.
Related News