British Airways owner IAG has said it is planning for a "meaningful return" of flights in July at the earliest if lockdown measures are relaxed. 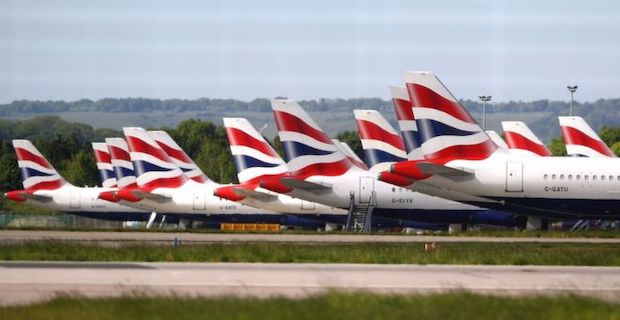 However, IAG - which also owns Iberia and Aer Lingus - said these plans were "highly uncertain", and were subject to various travel restrictions. IAG said it did not expect passenger demand, which has been hit by the pandemic, to recover before 2023. BA is set to cut up to 12,000 jobs due to the collapse in business. "We are planning for a meaningful return to service in July 2020 at the earliest, depending on the easing of lockdowns and travel restrictions around the world," said IAG chief executive Willie Walsh. "We will adapt our operating procedures to ensure our customers and our people are properly protected in this new environment." IAG also confirmed that it had accessed £300m from the UK coronavirus corporate finance facility, a Bank of England scheme set up to help large companies borrow money on a short-term basis.

The group said that even if flights resumed in the summer it expected that passenger capacity would still only be half the usual level in 2020. Since late March, capacity has fallen by 94%, with most of the group's aircraft grounded. The announcement came as IAG reported losses after tax hit €1.68bn (£1.47bn) during the first three months of the year, which included a €1.3bn charge for fuel hedges.

IAG also reported an operating loss of €535m (£466.6m) for the quarter, down from a €135m profit in 2019. The group added that it expected the second quarter to be "significantly worse". In an attempt to shore up cash during the coronavirus crisis, IAG said that it expected to defer deliveries of 68 aircraft.

Keywords:
British AirwaysLockdown
Your comment has been forwarded to the administrator for approval.×
Warning! Will constitute a criminal offense, illegal, threatening, offensive, insulting and swearing, derogatory, defamatory, vulgar, pornographic, indecent, personality rights, damaging or similar nature in the nature of all kinds of financial content, legal, criminal and administrative responsibility for the content of the sender member / members are belong.
Related News