Book Your Spring And Summer Break With Pegasus Airlines Now 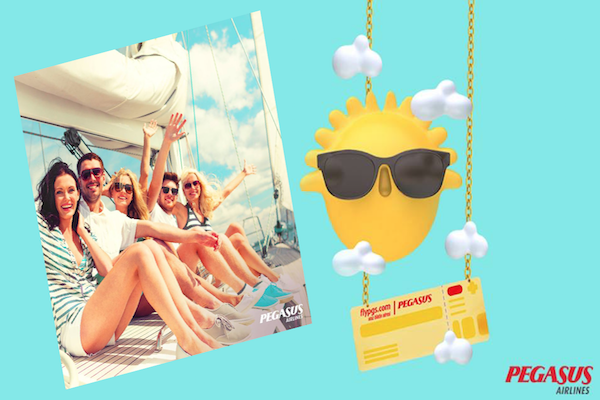 Istanbul, the city that straddles both Asia and Europe, charms with its blend of ancient and modern, from mosques and palaces to high-end hotels. In contrast, the Aegean coast reveals gems such as Alacati, with traditional stone houses and delicious regional food and wine. Or luxuriate on the Lycian coast in towns such as Kaş or Kalkan with white sand beaches, crystal clear waters and ancient ruins nearby. Visitors to Turkey can reap the benefit of the pound, which has risen by 24% against the Turkish lira over the past year.

The photogenic town of Kyrenia is characterised by traditional wooden gulets along the harbour with the Venetian castle towering above. The coastline offers windswept beaches and family-friendly resorts with plentiful opportunities to sample mouth-watering multi-course meze full of delicious local specialities.

Once a Soviet republic, Georgia is gaining popularity but is still an off-the-beaten-track destination. With stunning scenery and a reputation for inviting cuisine and a lively nightlife, Georgia’s capital city also offers picturesque architecture and a strong arts and cultural scene.

Tel Aviv is known for its heady nightlife and fine beaches yet its contemporary art galleries and historic Jaffa (Yafo) with its fascinating Arab heritage. Jerusalem, Israel’s largest city and spiritual centre for Jewish, Muslim and Christian religions, is a unique destination with historical sites and world-class museum.

The capital of the Lebanon enjoys an attractive setting on the Mediterranean coast with myriad different districts, a thriving nightlife and captivating cuisine.

Constant sunshine, sheltered beaches and world-class diving draw visitors to the Red Sea resort of Sharm El Sheikh. Just across the bay, the cosmopolitan resort of Hurghada is the capital of the Red Sea Riviera, with sandy beaches, vibrant nightclubs and, of course, spectacular diving. Both resorts offer incredible value for money.