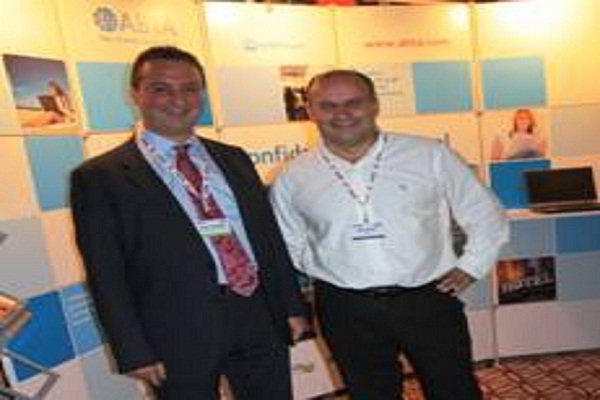 The Ministry of Culture and Tourism is proud to be hosting The ABTA Travel Convention, in association with The Telegraph, on 10-12 October at the five-star Cornelia Diamond Golf Resort & Spa in Turkey's resort town of Belek near Antalya on the Mediterranean coast.

Antalya, the jewel in the crown of the Turkish tourism industry, is Turkey’s most visited tourism destination. This for a country which is one the fastest developing tourist destinations in the world; Turkey has moved up one place and now ranks 6th in terms of number of foreign arrivals according to the World Tourism Organisation (WTO), with a total of 31.4 million foreign visitors in 2011 and a spectacular 50% increase growth in these figures over the last five years.

This year's Travel Convention is being hosted at the popular resort town of Belek, near Antalya, which is renowned for its luxury resorts and world-class golf courses as well as being a major centre for congresses in the region. Recently named ‘Best Golf Destination’ at the Golf Journal Travel Awards, Belek is one of Europe's fastest-growing golf destinations with 14 world-class courses including the one designed by Sir Nick Faldo at the Cornelia Diamond Golf Resort & Spa. Offering fabulous scenery in a relaxed environment and wonderful beaches and restaurants, there are also a number of notable archaeological, cultural natural attractions nearby, including the archaeological sites of Perge, Side, Phaselis and Demre, Aspendos, one of the best preserved Roman theatres in the Mediterranean and festivals such as the Aspendos Opera and Ballet and Golden Orange Film festivals and the stunning natural wonders that are the Manavgat Falls and Saklikent Gorge.

The Undersecretary for the Turkish Ministry of Culture & Tourism Ozgur Ozaslan, who will be attending the Convention, said: "I’m delighted that this year's ABTA Convention is being held in Turkey, a country which is the cradle of civilisation as well as, today, being one of the world’s foremost destinations for holidaying. We feel honoured to be hosting this important event and are very much looking forward to working together with ABTA members this year, in the hope that this will mark the beginning of a fruitful and long-lasting partnership, and that it will serve to continue and enhance many of the positive links between Turkey and the UK."

The Travel Convention is the UK's largest and most significant event for senior travel industry professionals, organised by ABTA – the UK's leading travel association. The Convention was last hosted in Turkey in 1996, in Istanbul.