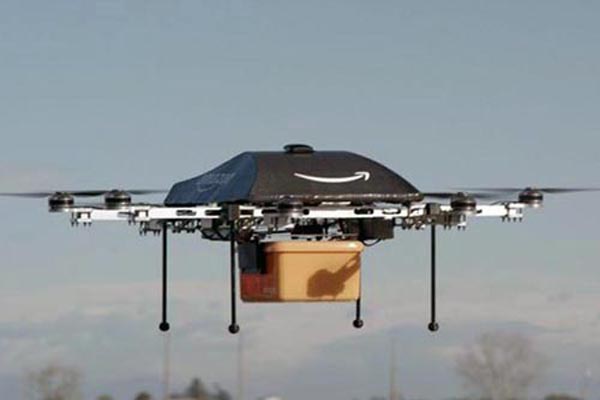 Bezos said the drones, unmanned vehicles that fly through the air, could deliver packages that weigh up to five pounds (2.3 kg). That represents roughly 86 percent of packages that Amazon delivers, he said. The drones, which would pick up items from Amazon's distribution centers and fly them to customer's homes, probably won't be put into use for four or five years, Bezos said.