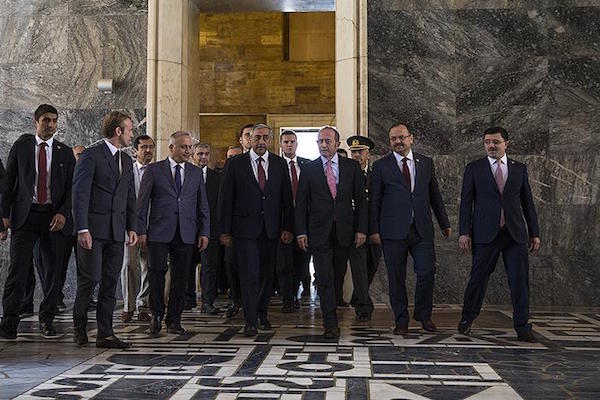 Akinci made the remarks during his visit to the parliament, which was damaged during the July 15 coup attempt, in Ankara.

"There is no room for doubt. Any toleration [for the FETO] is out of the question," he told reporters.

He said the TRNC would do what was necessary against the FETO if any documents, information and data related to it were found. "Until now, no case [related to FETO] has been identified in Cyprus," he said.

Akinci also visited the headquarters of the Special Operations Department, which was also damaged during the foiled coup night.

He will also meet President Recep Tayyip Erdogan at the presidential complex and Prime Minister Binali Yildirim at the Cankaya Palace.

At least 240 people were martyred in the coup attempt, which the government said was organized by followers of Fetullah Gulen, head of FETO.

Gulen is also accused of leading a long-running campaign to overthrow the Turkish government through the infiltration of state institutions, particularly the military, police and judiciary, forming what is commonly known as the parallel state.