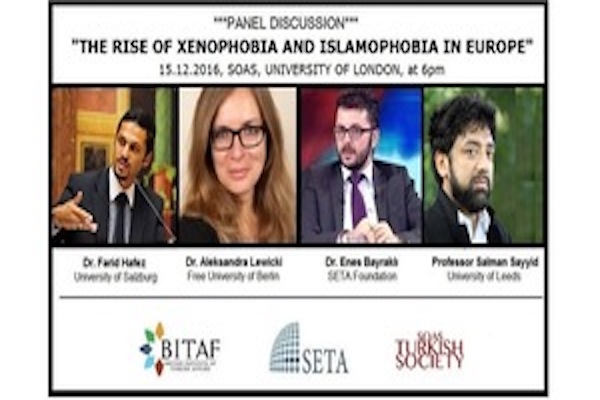 During the last debates in Europe, xenophobic, discriminatory and racist discourse and actions against the foreigners and Muslims living in many countries of European Union. Following the Elections in the USA, Brexit process in the UK and the recent wave of migrants to the country, xenophobia and Islamophobia became an acute risk and a threat to the peace, stability and multiculturalism in the EU.

On November 15, 2016, SETA will organise a panel in London/ UK in cooperation with British Institute of Turkish Affairs (BITAF). In this event, findings of the past year’s European Islamophobia Report and the events related to Xenophobia and Islamophobia happened so far in Europe.

The event will serve to draw attention to the rising level of Xenophobia and Islamophobia in the EU.