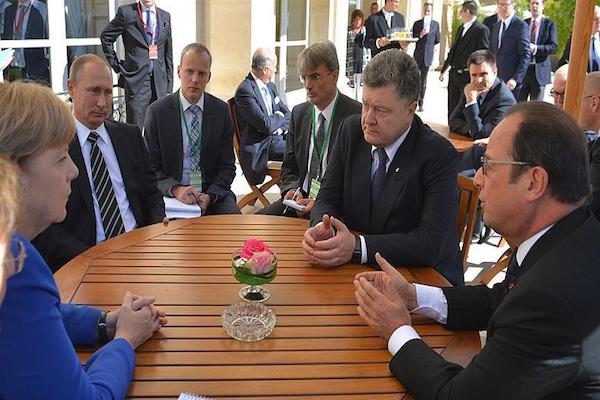 German Chancellor Angela Merkel has sharply criticized Russia for airstrikes which killed hundreds of civilians in Syria and said she will raise the issue with President Vladimir Putin on Wednesday.Merkel spoke at a news conference in Berlin on Tuesday and said: “With regard to the humanitarian situation, things have become even more disastrous.“And this is clearly due to the Syrian [regime] and Russian airstrikes which also targeted helpless people, hospitals and doctors.”

Merkel did not rule out the possibility of new sanctions against Russia due to its support for the Syrian regime’s bombardments in the northern city of Aleppo.

“In view of the current situation, I believe that we cannot take any options, including possible sanctions, off the table. But our first priority should be to alleviate the suffering of the people in one way or another,” she said.

Putin is scheduled to visit Berlin on Wednesday, to join leaders of Germany, France and Ukraine for four-party talks on the conflict in eastern Ukraine.

Merkel said she and French President Francois Hollande would discuss the situation in Syria with Putin on the sidelines of the Ukrainian meeting.

She cautioned against high expectations from Wednesday’s encounter, but underlined the need for maintaining dialogue on Syria.

“One cannot expect any miracles here. But talks remain to be important again and again, even though our opinions are sharply divided,” she said.