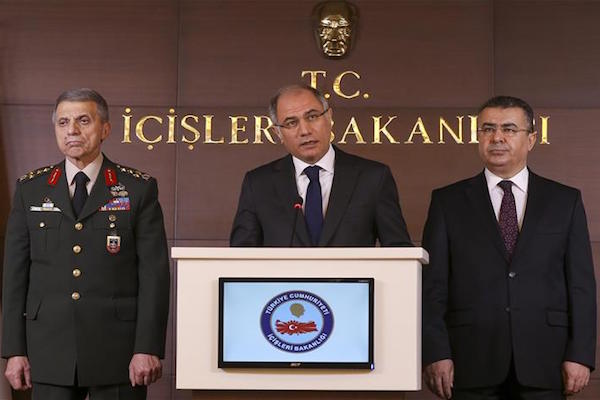 ANKARA (AVRUPA TIMES)-Turkish Interior Minister Efkan Ala has said the suicide bomber involved in Saturday’s blast on Istanbul’s Istiklal Street is suspected of having links with Daesh terrorist group.

Addressing a press conference in Ankara Sunday, Ala said the bomber had been identified as 24-year-old Mehmet Ozturk, who was born in the southeastern Turkey’s Gaziantep province.

He also said that five people had been held so far in connection with the terror attack.

"Fighting against terror will continue resolutely and without any hesitation," he said.

The explosion on Saturday killed five people, including the suicide bomber, three Israelis and an Iranian. Of the 39 injured, 24 were foreigners, including Irish nationals.

Meanwhile, Ala congratulated Turkish citizens on the occasion of Nevruz, which is a traditional holiday celebrated in several parts of the world, including the Middle East and Central Asia.

"120,000 police officers and 200,000 security forces, including 80,000 gendarmerie forces, have been appointed across the country to maintain security on Nevruz," the minister said.

Also, 270 checkpoints were established in the country’s provinces and districts due to Nevruz, Ala added.

"10,000 detectors and 614 bomb sniffer dogs have also been used for the peace and security of our citizens," he added.