Former Conservatives leader Iain Duncan Smith has been sent a dead rat in the post in what he described is an "act of intimidation". 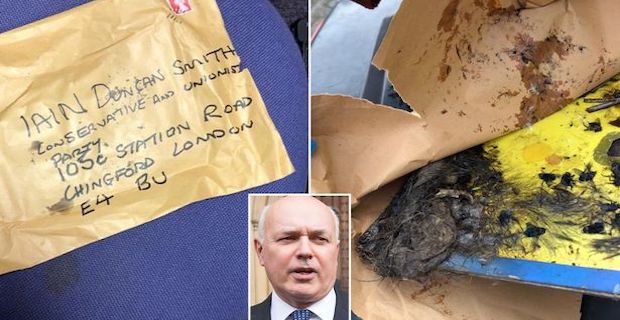 The Tory MP took to social media as he condemned the "suspect package". Along with photographs of its contents, Mr Duncan Smith said: "Kinder, gentler politics...during #GE2019, not at all. "In Chingford/Woodford Green we’ve had office graffiti, social media violent abuse/smear tactics. "Latest: suspect package containing decomposed rat. Campaign volunteers are subjected to these unacceptable acts of intimidation." 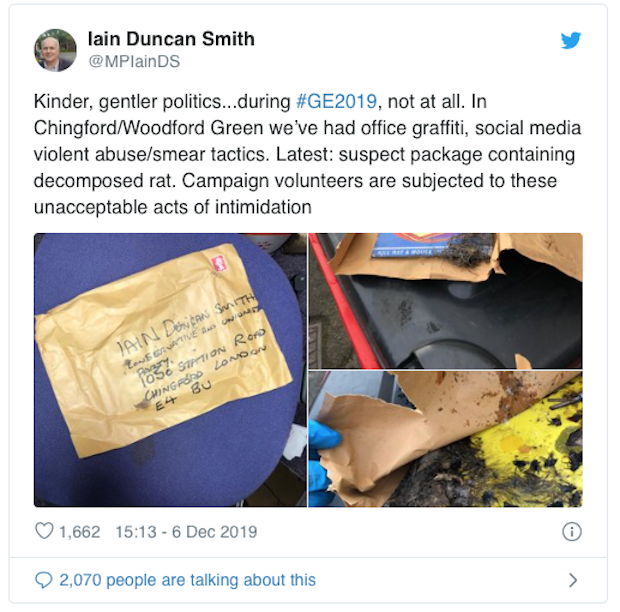 It comes after the MP spoke of a recent spate of vandalism targeting his office. His office door was sprayed with graffiti saying "Tory cuts kill" and he said he had faced violent abuse and smear tactics on social media. Mr Duncan Smith's Chingford and Woodford Green seat is hotly contested and Labour hope to take the constituency which he has held for 22 years. This year's general election has seen several violent acts against activists.

Keywords:
Iain Duncan Smith
Your comment has been forwarded to the administrator for approval.×
Warning! Will constitute a criminal offense, illegal, threatening, offensive, insulting and swearing, derogatory, defamatory, vulgar, pornographic, indecent, personality rights, damaging or similar nature in the nature of all kinds of financial content, legal, criminal and administrative responsibility for the content of the sender member / members are belong.
Related News