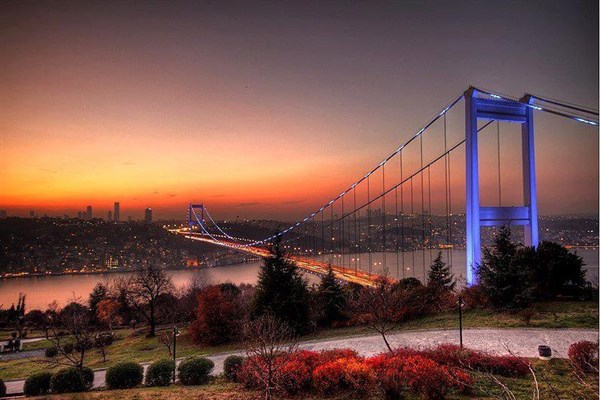 ANKARA (25.07.2016-AA) Prime Minister Binali Yıldırım spoke to the reporters in Ankara after the Cabinet meeting. Yıldırım stated the following:

"Especially in order to eliminate the deadlocks in the system in the short term a number of small-scale constitutional changes could be made through consensus. We will work together to prepare the infrastructure for this. However, we still see that, there is a consensus for the participation of all parties on the preparation of a completely new constitution and we have decided to continue the unfinished process to make a new constitution."

"In today’s meeting we discussed the issues in the new decree law and finalised these.

According to the decision taken the Gendarmerie, Coast Guard Commands will be fully tied to the Interior Ministry. A decree law will be published in this regard."

"Bosphorus Bridge is renamed as the July 15 Martyrs' Bridge”

"Another matter we decided in today’s meeting is to erect two monuments in Istanbul and Ankara in honour of the martyrs of the attempted coup. We decided to rename the Bosphorus Bridge, the first target of the coup plotters and where our citizens were martyred, as July 15 Martyrs' Bridge."

Prime Minister Yıldırım, on the small-scale constitutional change said, "The calendar is ticking as of the moment. A further delay is out of the question."

"Those Who Attempted This Will Account Before The Law"

"Those who attempted this are coming in rapid succession. All inform against one another. Eventually whosoever is responsible will account before the law."

“The Supreme Military Council (YAS) will be held this Thursday at Çankaya, and for the first time the venue will be the Prime Ministry. As is known the Prime Minister chairs the meeting and we will conclude all our work in one day. The second day we will present our decisions to the approval of our President."