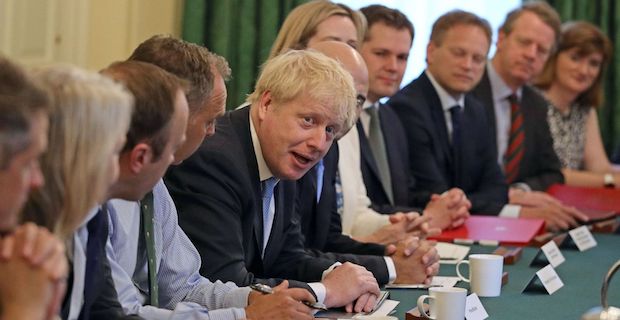 Boris Johnson told the cabinet they had "a momentous task ahead", as he repeated his commitment for the UK to leave the EU on 31 October. On Wednesday, Mr Johnson gave key roles to leading Brexiteers. The appointments saw Sajid Javid as chancellor, and Dominic Raab and Priti Patel return to government.

Mr Raab was made foreign secretary and Ms Patel is home secretary.

More than half of Theresa May's old cabinet, including leadership rival Jeremy Hunt, quit or were sacked.

BBC political editor Laura Kuenssberg said there were whispers there could be a big offer for European citizens coming out of cabinet this morning.

What has Mr Johnson said?

Speaking to his cabinet Mr Johnson said: "As you all know we have a momentous task ahead of us, at a pivotal moment in our country's history.

"We are now committed, all of us, to leaving the European Union on October 31 or indeed earlier - no ifs, no buts.

"But we are not going to wait until October 31 to get on with a fantastic new agenda for our country, and that means delivering the priorities of the people."

He also told the room it was "wonderful to see this new team assembled here" which respects the "depth and breadth of talent in our extraordinary party".

Mr Johnson also used his first speech as prime minister to reiterate his determination to take the UK out of the EU by the 31 October "no ifs, no buts".

The UK was originally supposed to leave the EU on 29 March but the deadline was moved to 31 October, after MPs rejected Mrs May's withdrawal deal three times.

Who is in Cabinet?

Following his appointment as Leader of the House, Jacob Rees-Mogg, who led the pro-Brexit Tory European Research Group (ERG), denied there had been a "Leave" takeover of the cabinet.

And who lost out?

Former Foreign Secretary Jeremy Hunt said he had been offered an alternative role but had turned it down, while leading Brexiteers Penny Mordaunt and Liam Fox were also replaced as defence secretary and international trade secretary respectively.

Both supported Mr Hunt in the Tory leadership contest.

Keywords:
Boris JohnsonBrexit Cabinet
Your comment has been forwarded to the administrator for approval.×
Warning! Will constitute a criminal offense, illegal, threatening, offensive, insulting and swearing, derogatory, defamatory, vulgar, pornographic, indecent, personality rights, damaging or similar nature in the nature of all kinds of financial content, legal, criminal and administrative responsibility for the content of the sender member / members are belong.
Related News 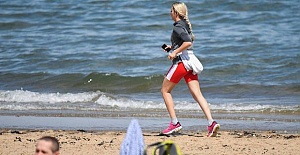 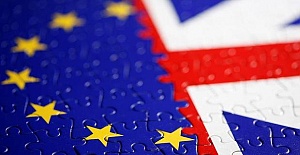 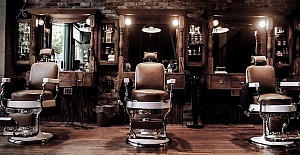 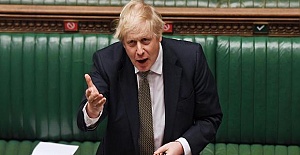