The consultation will run until the 8th of December. To have your say, email Govia Thameslink Railway 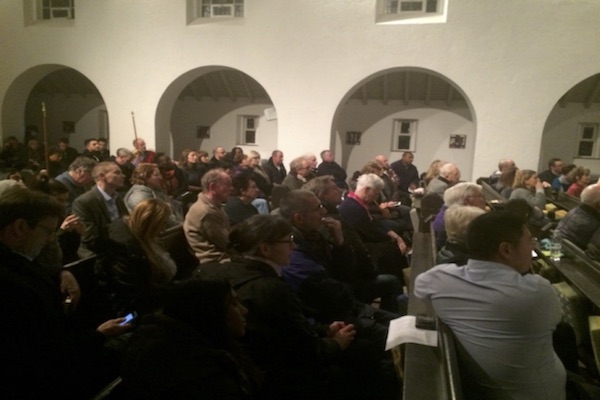 A public meeting with Govia Thameslink Railway organised by local MP David Burrowes was left with standing room only after an unprecedented turnout by Grange Park residents.

The consultation is the longest that any train operator has held for its customers after the service provider proposed massive changes to the 2018 timetable. Commuters, businesses and the local community were up in arms about a suggested reduction in train frequency during peak times.

Locals fear that “exponential” increases in passenger numbers, coupled with cuts to the number of trains available throughout both morning and evening peak times will cause mass disruption to their commute. Grange Park Railway Station was instrumental in the establishment of Grange Park itself, and remains a vital lifeline for its residents and businesses.

Mr Burrowes responded to the meeting by emphasising the importance of a high quality rail service to his constituents, saying “The massive turnout highlights the huge concern locally about any reduction in trains coming to Grange Park station. I would urge constituents both on planned changes to Grange Park and Hadley Wood stations to have their say by this Thursday. We don’t just need a continued service but an improved service for long suffering local communities.”

The consultation will run until the 8th of December. To have your say, email Govia Thameslink Railway at gtr.timetableconsultation@gtrailway.com