Now, the Oscar-nominated Mustang comes to Genesis Cinema screens on Friday 13th May. 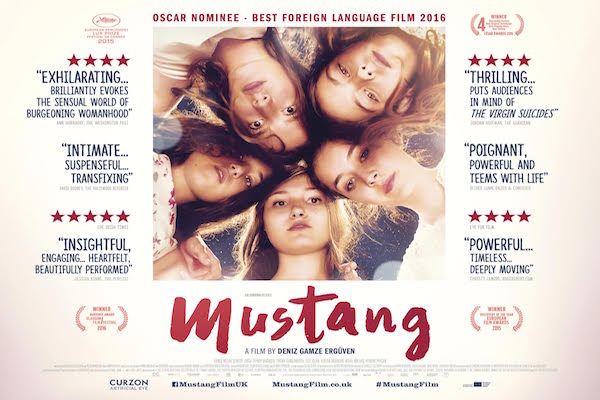 #genesisters are celebrating that release with a special event on Saturday 14th, at 18.15, comprising of an introduction to both the film and the concept of F-RATED followed by a chaired panel discussion and Q&A featuring representatives from:

If you want more information about the event, please visit:

Genesis Cinema is hosting this event as part of its ongoing feminist series of events #genesisters - which began last year as a quarterly club night and is now moving into film event branding. #genesisters will have a presence at this year's East End Film Festival with its own strand of punk music films from around the world.

Genesis cinema is dedicated to presenting as much foreign language/ World Cinema as possible and its support of the film 'Mustang' is part of this ongoing support for films that are not in the English language.

Genesis cinema welcomes people from all walks of life and culture and believes that cinema should be for all.

The movie Mustang is F-rated, which means it ticks yes to one of the following questions:

Does it have a female director?

Is it written by a woman?

Is/are there significant women on screen in their own right?