iPhone users are excluded because of the way WhatsApp relies on a constant connection between the smartphone and desktop web apps. It differs from rivals including Facebook Messenger by using end-to-end encryption to protect messages from snooping. Jan Ko 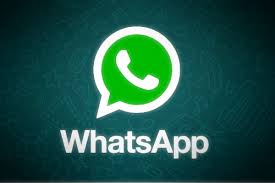 iPhone users are excluded because of the way WhatsApp relies on a constant connection between the smartphone and desktop web apps. It differs from rivals including Facebook Messenger by using end-to-end encryption to protect messages from snooping. Jan Koum, WhatsApp chief executive, said: “Our web client is simply an extension of your phone: the web browser mirrors conversations and messages from your mobile device. This means all of your messages still live on your phone. The new platform allows WhatsApp’s 700m users to send and receive free text, picture and voice messages through Google Chrome on a computer, but only if they use WhatsApp on an Android, Windows Phone or BlackBerry. iPhone users need not apply. “Unfortunately for now, we will not be able to provide web client to our iOS users due to Apple platform limitations,” said WhatsApp in a blog post.

‘Messages remain on the smartphone’

To log into WhatsApp on the web, users need to scan a QR code using the WhatsApp smartphone app. The smartphone then needs to remain connected to the internet; if the phone runs out of battery or loses an internet connection, the web app ceases to operate. The messages remain on the smartphone and are not stored on the web. The system works very well on the desktop, with messages sending and arriving seamlessly with the smartphone. Messages sent from the desktop appear exactly the same as those sent from a smartphone. WhatsApp web client Facebook Twitter Pinterest expand The WhatsApp web client works well in Google Chrome. Photograph: Samuel Gibbs Desktop users can reply to group messages, but cannot establish a new group without doing so on a smartphone. The Facebook-owned service recently announced that it had 700m monthly active users who send more than 30bn WhatsApp messages a day. It has added about 25m users a month since August 2014.