Violent Attacks on Journalists in Ukraine 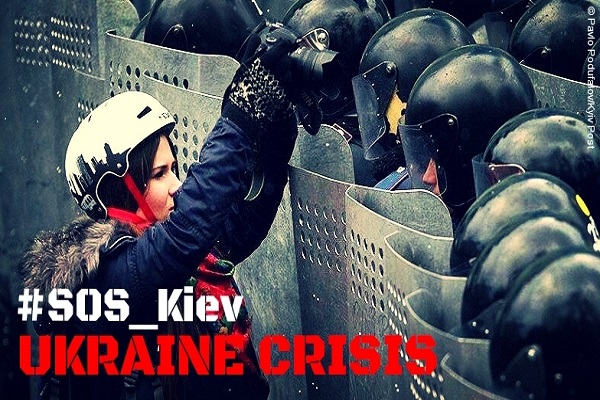 In the following feature article, Mogens Blicher Bjerregård, President of the Danish Union of Journalists and the European Federation of Journalists, and Deputy Chairperson of the International Media Support  have given his personal account on the horrific situation facing journalists and the people in Ukraine during his visit to Ukraine on 19 & 20 February in an International Partnership Mission.

The brutal murder of Vyacheslav Veremei in Kiev happened during this violent period from 18 to 20 February. Before he was killed, Veremei said that he was a journalist. He was then pulled out of the car and beaten, before being shot when he attempted to escape. He was merely doing his job, and leaves behind a son aged four. A further 50 journalists were assaulted during the same period, often by the police who seemed to stand passively while watching Kiev burned.

Governments around the world have a great responsibility to send out clear signals to each other and to their police and military that journalists must be able to perform their journalistic work without fear or danger, which is one of the cornerstones of democratic development. Many journalists do their work with great courage and take considerable risk for their lives. They need protection, and must not become targets for government forces or rebels.

I was in Kiev during those violent days on behalf of the European Federation of Journalists (EFJ), in a partnership mission organised by the International Media Support (IMS) to study the situation of journalists and the media, freedom of the press and the safety of media professionals.

We walked straight into a flashpoint that exploded. On the first day we could see the demonstrators' painstakingly building barricades, mixing Molotov cocktails and digging up cobblestones. They were preparing for the worst. Many other citizens were making coffee and sandwiches for them, while others had arranged for toilet trailers.

The ominous expectations implied by the preparations came true. As revealed early next morning, I heard different explosive sounds and could barely distinguish whether the sounds come from grenades fireworks or the battle between the people and the police. The latter erupted, as you know, when the police forces attacked the demonstrators. On the same morning, we decided that it is not safe anymore to remain in the hotel. As soon as we left the hotel, we were confronted with a horrific scene that one can describe as hell.

It is chaotic. People were running everywhere. Some were carrying the wounded to the ambulance and the field hospital that had been set up in the cafe outside the hotel. The Red Cross had also established temporary medical centre at various spots across the city. The next sight we met was three cold corpses - an image that never be forgotten.

With a crystal-clear understanding of the seriousness of the situation, we in the partnership mission were given a detailed brief on the conditions of journalists in Ukraine, and how the situation have escalated over the past three months until this state. During the first three months, there have been 137 attacks on journalists. They were beaten, sometimes in front of the police who did nothing to help. An equal number of journalists have had their equipment destroyed, or been detained by the authorities.  One of the reasons for their arrests is because they are journalists.

Every single assault has been carefully registered by the local journalists' unions and media organisations. There was also video documentation of these attacks. But the documentation helps very little when the unions try to confront these cases with the authorities. Journalists and their unions have lost their confidence in the Ukrainian judicial system. The unions are prepared to challenge Ukraine in the European Court of Human Rights in Strasbourg over the violations of the fundamental rights of journalists.

It is absolutely necessary to set up an independent investigation committee to examine all these violations. If the Ukrainian authorities do not do so, then clearly, both the Council of Europe and the European Court of Human Rights (ECHR), with their separate mandates, should place the maximum pressure on the government of Ukraine. Studies of the Ukrainian conditions should in this case be undertaken by an international committee, while the ECHC should give priority to this case if and when it is asked to adjudicate in a case on Ukraine.

In fact, the Ukrainian legislation has the provision to guarantee the protection of journalists but the law is rarely applied. The law includes an ambiguous definition of who a journalist is.

According to the Ukrainian law, a journalist is defined in such a narrow sense that not even press photographers or camera men/women are considered as journalists. Therefore, they do not have the same protection. This is completely absurd, as it is often the press photographers who are on the frontline. There had been more than forty smashed cameras and many digital storage devices were confiscated during this violent period.

Such a narrow definition of journalists has continued to cause controversies and debates in Ukraine. Every time when someone proposes a law or broader definition on whom a journalist is, another question on who is not a journalist arises.  But in Denmark, the solution is simple.  The free speech clause in the Danish Constitution alone would refute such a narrow definition, as it states that everyone must be able to express themselves in speech and writing. Like much else in the Danish Constitution, this concept possesses a breadth that corresponds to the normal conditions of life today, where there are many different forms of expression exist in societies.

Consequently, if freedom of speech and the press are to be taken seriously, all governments should refrain from pinning journalism down to specific definitions. Journalism must find its own form, and must regulate itself, or else censorship will be introduced and journalists, camera men and women w, as we have seen in Ukraine, found their voice being silenced.

Another form of censorship arose when the regime pulled the plug on a national TV channel, Channel 5. Like many other media, Channel 5 have found itself in a difficult position being censored, thereby limiting the right of the public to independent information.

Safety is crucial to independent journalism. We must be allowed to quickly supply journalists in Ukraine and elsewhere with the necessary safety equipment, such as flak jackets and sturdy helmets, as well as safety training. Fortunately, this is already the case in many situations due to the support and cooperation of many international media organisations which are willing to provide the assistance needed for journalists and media workers.

We were in Kiev when crisis has reached its peak. Now we have returned to our countries, we must do our follow-ups. We must push forward the recommendations made by the mission partners to help journalists and media organisation to remain independent and safe. Journalists' unions and publishing organisations in Ukraine have already joined forces to propose the establishment of an international investigation committee, and the first meeting with European institutions are being planned.

Let's keep the spotlight on Ukraine. We hope our pressure can help improve the situation for Ukrainian citizens and media. Independent media and the safety of journalists are important prerequisite for the democratic development in the Ukraine.