official said the latest order covered all companies from which metadata had been collected under recent previous court authorizations. 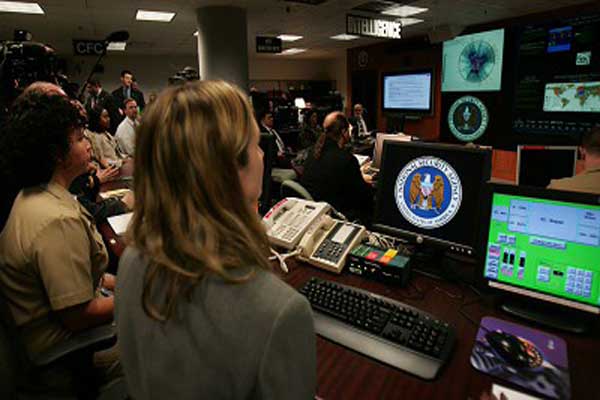 The secretive U.S. Foreign Intelligence Surveillance Court on Friday renewed the authority of U.S. intelligence agencies to collect data on millions of Americans' telephone calls in a program that has set off a legal battle over privacy rights. The court allowed the intelligence community to collect metadata from phone companies, the Office of Director of National Intelligence James Clapper said in a news release. The release offered almost no details about the ruling, but a U.S. official said the authority was renewed for three months, and that it applied to the entire metadata collection program. In the past, these orders were sometimes issued to individual telephone companies. But the official said the latest order covered all companies from which metadata had been collected under recent previous court authorizations. News the National Security Agency can track the telephone calls of Americans by collecting metadata of who they contact and when, was one of the main revelations by former spy agency contractor Edward Snowden last year that set off public outcry about government spying.

Two U.S. district judges recently issued conflicting rulings on the legality and constitutionality of bulk metadata collection by the NSA.

On Friday, the Justice Department filed notice it was appealing a ruling in December by Washington-based federal judge Richard Leon that declared bulk metadata collection was probably unlawful. Leon said that he could not imagine a more "indiscriminate" and "arbitrary" invasion of privacy.

But William Pauley, a federal judge based in Manhattan, issued a ruling last month that found such collection legal.

Clapper's office said that U.S. intelligence agencies were "open to modifications" to the metadata collection program that "would provide additional privacy and civil liberty protections while still maintaining its operational benefits."

The NSA claims it only uses the metadata of Americans in limited circumstances and with great care.

A panel of outside experts appointed by President Barack Obama recently questioned whether the results produced by bulk metadata collection outweighed the intrusion into Americans' privacy. It suggested possible changes in the program, but not its cancellation.

Obama is expected to produce his own recommendations for reforms or changes in U.S. electronic surveillance later this month.