US academic's career suffers due to anti-Israel tweets 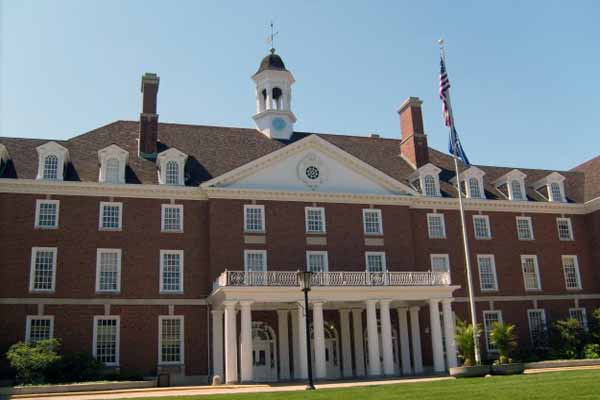 The withdrawal by a university of a possible job offer to an Arab-American scholar over anti-Israeli tweets shows that speaking freely can damage an academic career in the United States, according to some experts. Steven Salaita, who is of Palestinian descent, was offered a contract earlier this month by the University of Illinois Urbana-Champaign, subject to approval by the university's board of trustees. But as the Israel-Hamas conflict raged in the Gaza strip, Salaita posted a series of anti-Israel tweets. They included one that compared the country's leaders to George Zimmerman. Zimmerman is a Floridian who, in 2012, shot to death an unarmed black teenager named Trayvon Martin. Zimmerman was tried for second-degree murder and manslaughter but was acquitted in a decision that angered many black Americans. "Self-defense? Seriously? It sounds like there are a lot of damn George Zimmermans running around (and running) #Israel," one of Salaita's tweets read. In another tweet, he appeared to call Israel's actions "genocide."

Yet another tweet read, "At this point, if Netanyahu appeared on TV with a necklace made from the teeth of Palestinian children, would anybody be surprised?" The reference was to Israeli Prime Minister Benjamin Netanyahu.

Israel launched a military operation in the Gaza Strip on July 7, in response, Israeli leaders said, to rocket fire by Hamas, the group that runs the Palestinian territory. In the weeks since then, 2,137 Palestinians, most of them civilians, have been killed in Israeli attacks. So far, 64 Israeli troops and four civilians have died.

After the tweets, Salaita was informed that approval of his contract by the board of trustees was unlikely and he would not, after all, be appointed to the university faculty.

"Students have protested the decision, Rico Kleinstein Chenyek, a PHD student at UIUC because, in the words of one, it was "an extreme violation of rights to academic freedom of expression."

"U.S. universities love to throw around the language of protecting freedom of speech but when it comes to certain political matters, especially ones that concern foreign policy and race as we are seeing right now with discussion of Gaza and Ferguson, freedom of speech is quick to be thwarted," Chenyek added.

Hundreds of people are expected to join a rally Tuesday on the university campus to protest the decision.

Hatem Bazian, an Arabic language lecturer at the University of California, Berkeley, said the withdrawal of the offer showed that, in academia, the "margin of what you can say and you can't say is very narrow, and it is the easiest way to torpedo somebody's career."

Bazian argued that most universities in the United States are part of the country's imperial system. He argued as well that Zionists are strongly represented in academia -- and in the U.S. Congress, which could exercise influence over university grants.

While some students argued that the incident was a violation of the cherished American ideal of free speech, that term is generally used to refer to the absence of criminal penalties for any speech, no matter how challenging or offensive. But the constitutional right to free speech does not prevent employers from declining to hire people whose views they deem offensive, or from firing them.

And sometimes the shoe is on the other foot.

In 2006, Lawrence Summers, the president of Harvard University was forced to resign after suggesting that the dearth of women in science and engineering could be due to a "different availability of aptitude at the high end." The university's faculty held a confidence vote, which Summers lost.

At least some of the university's students supported the idea that Summers' remark did no credit to Harvard, and he needed to go.

That, essentially, was the argument made last week by the University of Illinois Urbana-Champaign regarding the decision not to offer a position to Salaita.

“What we cannot and will not tolerate at the University of Illinois are personal and disrespectful words or actions that demean and abuse either viewpoints themselves or those who express them,” the university's chancellor, Phyllis Wise, said.

And the board of trustees released a statement saying, "Disrespectful and demeaning speech that promotes malice is not an acceptable form of civil argument if we wish to ensure that students, faculty and staff are comfortable in a place of scholarship and education."

Many students, however, have continued to protest the decision.

This is not the first such event in the U.S., though the particulars of each case differ.

In February 2010, the University of California Irvine Muslim Student Union was suspended and 11 Muslim students were arrested and found guilty for disrupting a speech by the Israeli ambassador -- a case that also sparked a debate about free speech.

In 2011, an invitation to playwright Tony Kushner, who is Jewish and who also opposes Israel's foreign policy, to receive an honorary degree was rescinded by the board of trustees after a board member complained about Kushner's political views. However, following controversy, the board reversed its decision.

And in 2013, Pulitzer Prize-winning author Alice Walker's invitation to a conference at the University of Michigan was rescinded after donors funding the conference allegedly objected to her views on Israel. However, Walker will deliver the biennial Zora Neale Hurston Lecture at the university on Nov. 5 of this year.