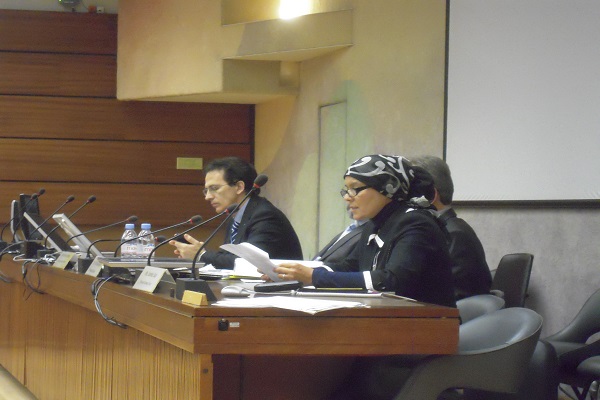 On the 20 September 2013, the UNPO with sponsorship from the Non-Violent Radical Party hosted the side event: “Iraqi Turkmen: Unveiling Repression in Iraq.” The panel discussion focused on the human rights abuses against the Iraqi Turkmen nation, and more specifically, the issue of land-grabbing and extrajudicial killings. This side event was moderated by Mr. Antonio Stango, a representative of the Non-Violent Radical Party. The UNPO was honored to welcome the expertise of Mr. Dirk Adriaensens of the BRussells Tribunal, Dr. Ibrahim Sirkeci from Regent’s College, London, and Ms. Sundus Abbas, a representative from the Iraqi Turkman Front. This special side event took place during the Human Rights Council’s 24th Session in Geneva, Switzerland.

Ms. Sundus Abbas started the panel discussion with a brief history of the Iraqi Turkmen and the epic struggle that they have faced as an ethnic group in Iraq. She highlighted the specific instances and degrees of attacks that have been carried out against the Iraqi Turkmen, which include, but are not limited to, kidnappings, extrajudicial killings, and land grabbing in Turkmen-inhabited areas.

Mr. Dirk Adriaensens added to the conversation with an overview of the human rights abuses that all Iraqis have faced since the U.S. invasion in March of 2003. Mr. Adriaensens discussed the power vacuum left in Iraq and the problems that this poses for Iraq’s numerous ethnic groups, including the Assyrians and the Mandaeans. Mr. Adriaensens pointed out that the violence against these Iraqi ethnic groups is not unique, but is certainly disproportionate.

Our panel discussion was concluded by Dr. Ibrahim Sirkeci, who discussed the long-term effects of the violence against the Iraqi Turkmen and the possible future of this group in their native homeland. Dr. Sirkeci explained that because the Turkmen compose the third largest Iraqi ethnicity, their impact has been disproportionate to other groups. One of the most frequent effects of the violence has been internal and external displacement, which Dr. Sirkeci explained will continue to happen in response to internal conflicts and instability. Dr. Sirkeci also incorporated elements from his research into the panel discussion, where he explained a culture of migration: once a cultural migration is established, people continue to migrate rather than stay and fight the difficult problems they face.

The purpose of this side event was to introduce the UN community to the plight of the Iraqi Turkmen nation. The overall safety of all Iraqi ethnic groups has been severely threatened in the last ten years, and the tribulations faced by the Iraqi Turkmen are no exception.