UN Side even 'The Forgotten Nation: Turkmens in Iraq'

UNPO, Minority Rights Group International and the Nonviolent Radical Party brought together scholars, politicians and activists for a side event to the 23rd Human Rights Council Session. 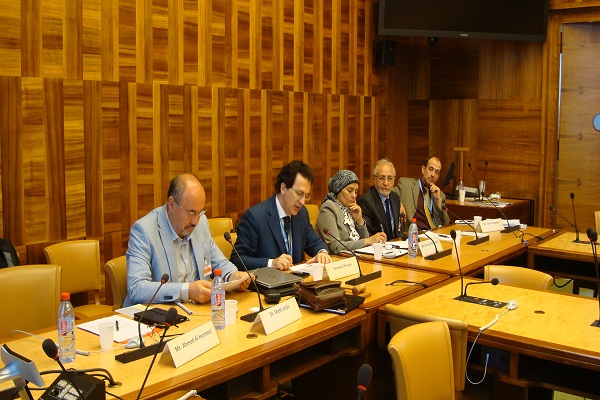 Geneva, 6 June 2013 –The event entitled “The Forgotten Nation: Turkmens in Iraq”, held at the United Nations (UN), provided a platform for discussion of the key issues the Iraqi Turkmen population is facing at the moment: land grabbing, media control and extreme human rights violations.

The next speaker, Mr. Ahmed Al Hurmezi, a lawyer and an activist in the Iraqi Turkmen Community, shed light on the issue of the previously state-controlled media in Iraq and its failure to recognize Iraqi Turkmens as a part of a more general Iraqi community. He went on to describe how the liberalization of media has led to increased violence between Sunnis, Shias and Kurds, and how such clashes have become a major focus of international media coverage. Such a situation has affected the Iraqi Turkmen population by occupying the media time with the religious violence religious instead of allocating time for the Turkmens to advocate their cause.

Mr. Najati Kelenchy, the representative of Iraqi Turkmen Rights Committee (ITRC). In his speech Mr.Kelenchy elaborated on the issues of Kurdisation and Arabization policies directed towards the Iraqi Turkmen community. The concluding speaker, Mr. Sheth Jerjis from the Iraqi Turkmen Human Rights Research Foundation, focused on the topic of land confiscation, the current inadequate compensation policies, and demographic change in the Iraqi Turkmens region in the north of Iraq.

The side-event was attended by various groups, including Mr. Sror Aswad and Dr. Selama Alkafaji, independent Commissioners for Human Rights in Iraq, and well as the adviser to the prime minister in Iraq, Shiek Fateh Kashed Algeta, other Iraqi representatives in Geneva and the UN staff