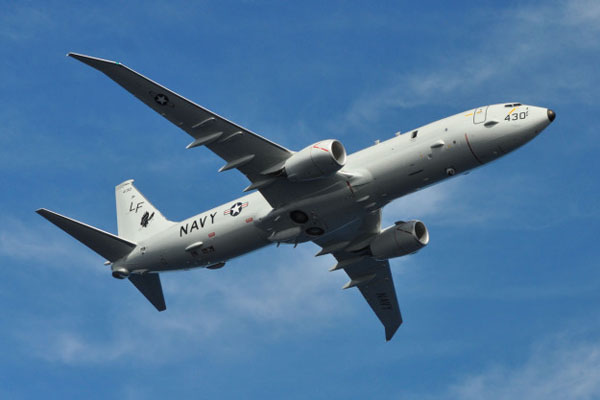 While the White House says Obama has not approved military action inside Syria, additional intelligence on the militants would likely be necessary before he could take that step. Pentagon officials have been drafting potential options for the president, including airstrikes.  One official said the administration has a need for reliable intelligence from Syria and called the surveillance flights an important avenue for obtaining data. Two U.S. officials said Monday that Obama had approved the flights, while another U.S. official said early Tuesday that they had begun. The officials were not authorized to discuss the matter by name, and spoke only on condition of anonymity. Army Gen. Martin Dempsey, chairman of the Joint Chiefs of Staff, told reporters in Kabul, Afghanistan, on Tuesday that the U.S. wants more clarity on the militants in Syria, but declined to comment on the surveillance flights. “Clearly the picture we have of ISIS on the Iraqi side is a more refined picture,” said Dempsey, using one of the acronyms for the Islamic State group. “The existence and activities of ISIS on the Syrian side, we have … some insights into that but we certainly want to have more insights into that as we craft a way forward.”

The U.S. began launching strikes against the Islamic State inside Iraq earlier this month, with Obama citing the threat to American personnel in the country and a humanitarian crisis in the north as his rationale. Top Pentagon officials have said the only way the threat from the militants can be fully eliminated is to go after the group inside neighboring Syria as well.

Obama has long resisted taking military action in Syria, a step that would plunge the U.S. into a country ravaged by an intractable civil war. However, the president’s calculus appears to have shifted since the Islamic State announced last week that it had murdered American journalist James Foley, who was held hostage in Syria. The group is also threatening to kill other U.S. citizens being held by the extremists in Syria.

Dempsey, who was in Kabul for the U.S. military’s change of command ceremony, has said he would recommend the military move against the Islamic State militants if there is a threat to the homeland. He didn’t rule out strikes for any other critical reasons, but listed the homeland threat as one key trigger.

Dempsey also said the U.S. has been meeting with allies in the region to help develop a better understanding of the Islamic State group’s threat. He said he believes those talks are now beginning to “set the conditions for some kind of coalition to form.”

He said they are “trying to better understand the threat that ISIS poses, not just in Iraq and Syria but regionally.” Dempsey has said he believes key allies in the region — including Jordan, Turkey and Saudi Arabia — will join the U.S. in quashing the Islamic State group.

“That is true without regard to international boundaries,” he said.

The White House would not comment on Obama’s decision to authorize surveillance flights over Syria.

“We’re not going to comment on intelligence or operational issues, but as we’ve been saying, we’ll use all the tools at our disposal,” said Caitlin Hayden, spokeswoman for the White House National Security Council.

The U.S. had already stepped up its air surveillance of the Islamic State inside Iraq earlier this year as Obama began considering the prospect of airstrikes there. And the administration has run some surveillance missions over Syria, including ahead of an attempted mission to rescue Foley and other U.S. hostages earlier this summer.

The U.S. special forces who were sent into Syria to carry out the rescue mission did not find the hostages at the location where the military thought they were being held. Officials who confirmed the failed rescue last week said the U.S. was continuing to seek out intelligence on the other hostages’ whereabouts.

Administration officials have said a concern for Obama in seeking to take out the Islamic State inside Syria is the prospect that such a move could unintentionally help embattled Syrian President Bashar Assad. A top Syrian official said Monday any U.S. airstrikes without consent from Syria would be considered an aggression.

The Islamic State is among the groups seeking Assad’s ouster, along with rebel forces aided by the U.S.

The White House on Monday tried to tamp down the notion that action against the Islamic State could bolster Assad, with Earnest saying, “We’re not interested in trying to help the Assad regime.” However, he acknowledged that “there are a lot of cross pressures here.”