Turkey might have to intervene in Syria, say analysts

Geneva II conference will at best be a test of whether future negotiations will be held, yielding small concessions 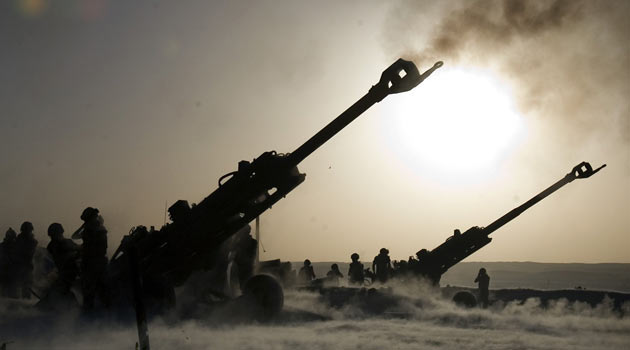 Turkey might have to intervene in Syria if exremist groups do not withdraw, say Turkish experts who express their skepticism about an outcome of peace talks on the Syrian civil war.

If certain states do not withdraw their proxies from Syria, Turkey will have to "entertain eventually the option to intervene,” says history professor at Turkey's top-ranking Bilkent University Akif Kirecci, noting that different radical groups are claiming certain regions in the country as their own.

Although no eleventh hour breakthrough is expected from Geneva II, the conference will at best be a test of whether future negotiations will be held, Turkish researchers and academics agree.

If small confidence building measures are agreed on, such as ceasefires and the lifting of blockades to allow humanitarian aid to some regions, "it will open the way for future conferences such as Geneva 3 or 4," says foreign policy researcher at a think-tank called SETA, Mehmet Ozkan.

On whether the photos released on Monday depicting alleged torture carried out by the Assad regime will make Iran and Russia's defence of the regime more untenable, Ozkan is skeptical of any softening of their stance since their impact on the talks has been minimal.

The international community must put pressure on Russia and Iran to back down from supporting the Assad regime, says Strategic Thinking Institute (SDE) Middle Eastern Studies Coordinator Ahmet Uysal regarding support in the form of arms, logistics and fighters.

Although the opposition's threat to file a case against the Assad regime for war crimes is currently unlikely, it may serve as a bargaining chip which could “force the Assad regime to compromise,” Uysal said.