DOLLAR 18,46
EURO 17,85
GOLD 974,14
BIST 3.233,78
The British pound slipped to 1.1187 against the US dollar on Friday, its...
London’s Transport Commissioner Andy Byford set to leave TfL
Tax cuts are likely to push UK borrowing and debt to unsustainable levels
Karaca launches limited-edition collaboration with visionary designer...
South Africans are demanding return of Great Star of Africa
Registration for the New Term Art, Language and Music Short Courses has...
Plan ahead if visiting London for the State Funeral of Her Majesty Queen...
How to get to the back of the queue! Queen Elizabeth II lying in state...
Karaca will be showcasing its Karaca X Chalayan collection at Design London
Armenian forces periodically opened fire on several Azerbaijani army positions 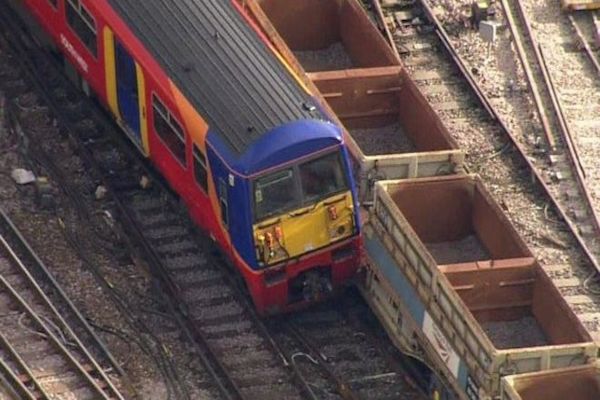 Avrupa/London - Trains are unable to access 13 of the station's 24 platforms as 10 were already closed as part of engineering works to enlarge its capacity. The station is usually one of the busiest in the UK. Waterloo works: What you wanted to know Emergency services including police, paramedics and fire crews were called to the scene. Insp Sean McGachie of British Transport Police said "very few passengers had been on board" and officers were "working with industry partners to investigate the circumstances".

South West Trains said there would be a very limited service running to and from Waterloo "which is expected for the rest of today". Many of the trains running have been cancelled or are are stopping or starting short of the station, the rail operator said. Passengers are being advised to use alternative routes and have been warned other stations in the area will be "very busy" with the possibility of queuing systems being put in place. Passengers were already affected by ongoing engineering works

The ongoing £800m engineering project at Waterloo will prepare the station for longer trains and provide space for 30% extra passengers during the busiest times of the day.

The station is usually one of the busiest in the UK, with an average of 270,000 journeys made to and from it each day.

A spokesperson for the rail company said it had happened at low speed and "the Rail Accident Investigation Branch has been informed".