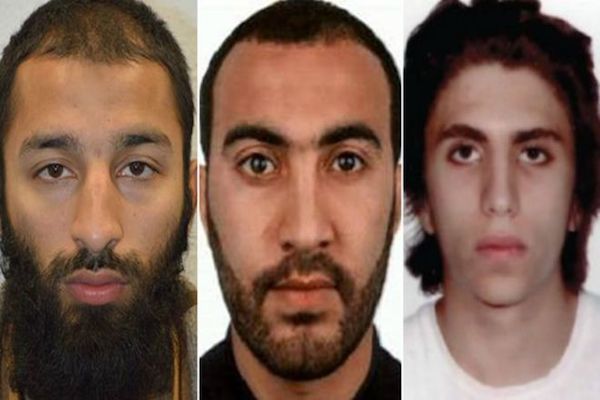 Seventeen people have now been arrested in connection with Saturday's attack and five remain in custody. Eight people were killed when three men drove into pedestrians on London Bridge before stabbing people. All of those who died in the attack, which began at 21:58 BST on Saturday, have now been named. The latest arrests were made as counter-terrorism officers carried out two search warrants in east London on Wednesday night. Two men were arrested on a street in Ilford, the Metropolitan Police said. One of the men, aged 27, was held on suspicion of the preparation of terrorist acts, while a 33-year-old man was arrested on suspicion of possession with intent to supply controlled drugs. A third man, aged 29, was arrested on suspicion of the preparation of terrorist acts at an address in Ilford.