The Crimean Tatar Question and the Return of the Old Demons 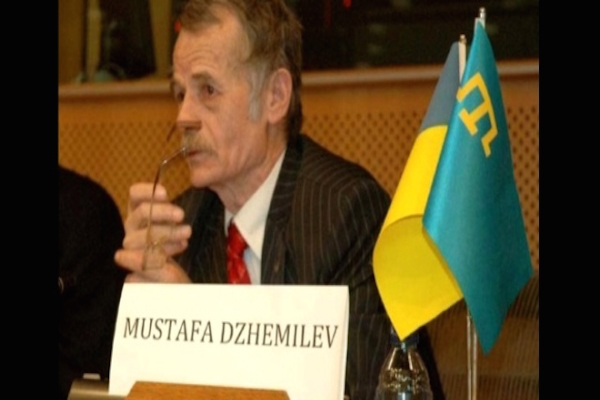 This article aims to establish the general context in Crimean politics before the Russian invasion of Crimea in order to better understand the ‘Crimean Tatar question’ from the Crimean Tatar perspective, which has been largely neglected in Eurocentric academic circles. Although there are important affinities between them, Crimean Tatars should not be confused with Kazan and Volga Tatars who live in the Russian Semi-autonomous Republic called ‘Tatarstan.’ “Crimean” is not solely a geographical connotation; it is an inseparable part of the Crimean Tatar ethnic identity (Kırımlı 2014).[i] Crimean Tatars are an ‘indigenous nation’ of Crimea with a Turkic and Muslim identity. After the Second World War, Crimean Tatars were deported by Stalin (the deportation is called ‘Sürgün’ in Tatar). Around 300,000 of them were able to return to Crimea only after the dissolution of the Soviet Union. However, the Russian invasion of Crimea meant the return of the ‘old demons’ for Crimean Tatars. Crimean Tatars are an ‘indigenous nation,’ not a minority group.

Note: This article benefits from my forthcoming book chapter ‘Religion as Identity Marker: The Dilemma of Crimean Tatars’, in: Nation-Building and Identity in the post-Soviet Space: New tools and approaches, Ashgate (edited by Rico Isaacs and Abel Polese). I thank TÜBİTAK, anonymous reviewers of Centre for Policy and Research on Turkey (Research Turkey) and Ümit Sönmez.

Crimean Tatars are an ‘Indigenous Nation’, not a Minority Group

Crimean Tatars do not accept the status of national minority. They rather are an ‘indigenous nation’ of Crimea in the sense that they do not have a ‘kin state’ or ‘Motherland’ other than Crimea (Organisation for Security and Co-Operation in Europe (OSCE), 2013)[ii], They are the offspring nation of the Crimean Khanate that was founded in the mid-15th century and lived under strong influence of the Ottoman Empire before Crimea’s annexation by Russia in 1783. Turkic presence in Crimea dates back to the sixth century while the historical Crimean Khanate –successor to the Golden Horde– was founded in the 15th century. Its status as an Ottoman protectorate ended in 1774 (Küçük Kaynarca Treaty); and it was later annexed to Russia in 1783.[iii] Crimean Tatars were the majority of the Crimean population before 1783. Many Crimean Tatars emigrated due to the wars and Russia’s repressive policies in the 1850s.

During the exile, Crimean Tatars were systematically dissuaded from asserting their national and cultural distinctiveness (Kırımlı, 1989). In May 1954, Crimea populated by a Russian majority, was annexed to the Ukrainian Soviet Socialist Republic through a unilateral Soviet decision. Some Ukrainians considered this as a Russian plot to undermine the Ukrainian nation-building and an effort to export the “Crimean Tatar question” to Ukraine (íbid.). When their return to Crimea became officially allowed in the 1990s (at the end of the Cold War), some Crimean Tatars decided not to return to Crimea because, in the words of a Crimean Tatar repatriate, ‘their life had already been cut off into two and they did not want to start from zero again.’

Turkey is the “second home” for many Crimean Tatars. An important number of Crimean Tatars (more than 2 million Tatars) migrated to Turkey both before and after the “Sürgün.” [iv] Hakan Kırımlı’s 2012 book entitled “Türkiye’deki Kırım Tatar ve Nogay Köy Yerleşimleri” [v]sheds light on the continuing existence of around 300 Crimean Tatar villages in Turkey –mostly, in central Anatolia.

‘The Crimean Tatar Problem:’ Small in Number, Big in Impact

‘Tell me whom Crimea belongs to, and I’ll tell you who you are.’

Other communities who had been deported by Stalin –such as Chechens, Ingush, Karachais, Balkars, Kalmyks, and Koreans– were allowed to return to Crimea during the era of de-Stalinisation in the 1950s. However, Crimean Tatars were only able to return after the collapse of the Soviet Union. Since the 1990s, around 300,000 Tatars have returned to Crimea only to find that Soviets had removed almost all signs of Crimean Tatar identity and legacy. Soviet authorities had destroyed Crimean Tatar cultural and historical monuments, mosques and graveyards; altered the street names; and revised the history textbooks in order to delete Crimean Tatars from the past of Crimea (Fisher, 1978: 171). Crimean Tatars have often been considered as a threat to prevailing Russian interests in the Black Sea region. This is not only based on nationalism or identity differences with the Russian-speaking majority. It also derives from the Crimean Tatar leaders’ frequent criticisms against the deployment of the Russian Black Sea Fleet in Sevastopol (leased from Ukraine until 2042 and which had played an important role in defeating the Ottomans in the war of 1769-1774 and was used against Georgia in 2008). Even though Crimean Tatars have never resorted to violence in their nationalist campaigns, Crimean official authorities openly accused the Crimean Tatar leadership of provoking tension in the region. For instance, the former head of the Crimean police forces (who was later appointed as the Crimean Prime Minister) published an op-ed accusing the Crimean Tatars of ‘playing the victims:’

“[A] conflict is brewing in the Crimea; you’d have to be blind not to see it. And it’s being artificially provoked by specific forces and using specific funds… Our Slavonic brotherhood is like a thorn in the side of Western civilisation… So that the conflict in the Crimea does not subside, it is periodically stimulated, both ideologically and financially. Here the roles are clearly delineated: the ‘aggrieved’ side, the Crimean Tatars headed by the Mejlis; the ‘oppressors’, state authorities and the ‘occupiers’, that is, the rest of the population of the peninsula” (Mogilev quoted in Coynash, 2011).

Crimean local election campaigns highlighted the big impact of such a small community (or the great fear the Crimean Tatar question instilled). A popular theme among Crimean politicians running for election was the necessity to fight against the ‘Tatarisation of Crimea.’ It should be noted that such discourse was usually accompanied with the proclaimed motivation to “protect Russian interests” (Dzhemilev, 2010). Such campaigns have been particularly supported by the Crimeans of Russian origin. According to the Crimean Tatar leadership, more than 70 per cent of the Crimean Russians are apologist in terms of finding ‘Sürgün’ as justified. Apologists are mostly post-War settlers who were indoctrinated through the Soviet/Russian education and they therefore assume that Crimean Tatars were “Nazi collaborators” and had deserved Stalin’s harsh punishment (Dzhemilev, 2010).

This publication as follows: