an earthquake in China's Sichuan province rose to 156, more than 5,500 people have been injured 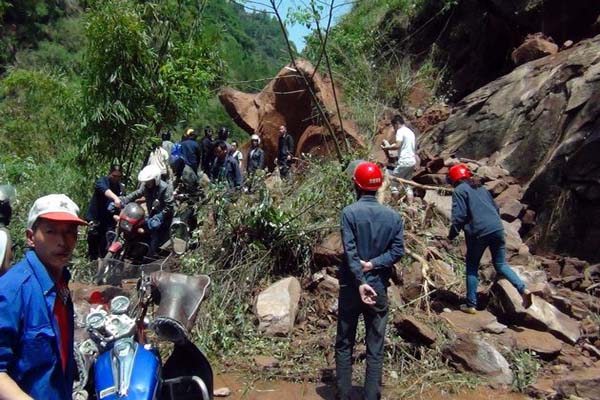 A strong 6.6 magnitude earthquake hit a remote, mostly rural and mountainous area of southwestern China's Sichuan province on Saturday, killing at least 156 people and injuring about 5,500 close to where a big quake killed almost 70,000 people in 2008. The earthquake, China's worst in three years, occurred at 8.02 a.m. (0002 GMT) in Lushan county near Ya'an city and the epicentre had a depth of 12 km (7.5 miles), the U.S. Geological Survey said. The quake was felt by residents in neighbouring provinces and in the provincial capital of Chengdu, causing many people to rush out of buildings, according to accounts on China's Twitter-like Sina Weibo microblogging service. State media said 156 people had been confirmed dead with more than 5,500 injured. President Xi Jinping and Premier Li Keqiang said all efforts must be put into rescuing victims to limit the death toll.

After arriving at the disaster zone by helicopter, Li directed earthquake relief efforts from a plaza in Longmen township in Lushan, Xinhua said.

Li asked that a road be opened to Baoxing county, one of the most affected by the earthquake, and that rescuers "act quickly" in their efforts, Xinhua quoted Li as saying.

"The current most urgent issue is grasping the first 24 hours since the quake's occurrence, the golden time for saving lives," Xinhua news agency quoted Li as saying earlier.

Xinhua said 6,000 troops were heading to the area to help with rescue efforts. State television CCTV said only emergency vehicles were being allowed into Ya'an, though Chengdu airport had reopened.

Most of the deaths were concentrated in Lushan, where water and electricity were cut off. Pictures on Chinese news sites showed toppled buildings and people in bloodied bandages being treated in tents outside the hospital, which appeared only lightly damaged.

Rescuers in Lushan had pulled 32 survivors out of rubble, Xinhua said. In villages closest to the epicentre, almost all low rise houses and buildings had collapsed, according to footage broadcast on state television.

"We are very busy right now, there are about eight or nine injured people, the doctors are handling the cases," said a doctor at a Ya'an hospital who gave her family name as Liu. The hospital was seeing head and leg injuries, she added.