The bad weather is taking a disproportionate toll on the 2.2 million refugees living outside Syria and the 6.5 million people displaced within the country. 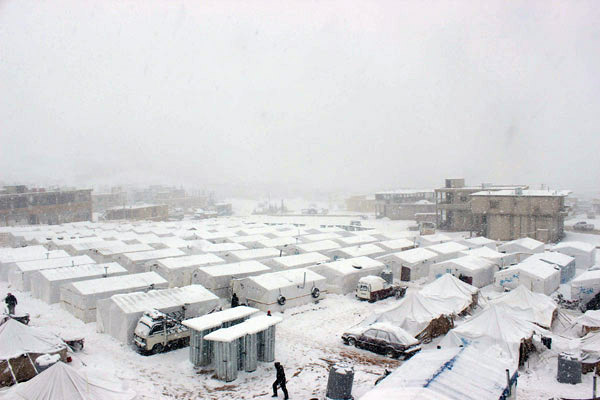 The storm, named Alexa, is expected to last until Saturday, bringing more snow, rain and freezing temperatures to large swathes of Turkey, Syria, Lebanon, Jordan, Israel and the Palestinian territories.

The bad weather, which began on Wednesday, is taking a disproportionate toll on the 2.2 million refugees living outside Syria and the 6.5 million people displaced within the country.

Biting cold and heavy rain beset Zaatari camp, which houses 80,000 of Jordan's more than half a million Syrian refugees.

Among them was Khalil Atma from Sanameen in southern Syria who was shivering with her two daughters in a flooded, unheated trailer. "We have come from one tragedy to another," she said.

Aid agencies say they are working around the clock to evacuate refugees from flooded camps and distribute food, supplies and clothing, but cannot keep up with demand.

"These people need much more in terms of preparations for winter and organisations are doing their best, but winter conditions are harsh," said Saba Mobaslat, country director of Save the Children International, which operates in Zaatari.