Stefan Füle 'No Alternative to Reunification' 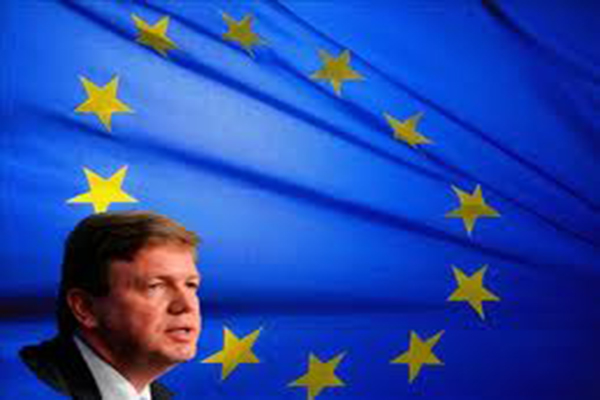 “There is no alternative to fair, comprehensive settlement and reunification of Cyprus” Commissioner for Enlargement and European Neighbourhood Policy Štefan Füle said in Nicosia where he met leaders and political representatives of both communities to discuss the newest round of settlement talks. He also met representatives of business community and negotiators from both sides of the divided island.Together with representatives of the UNDP Commissioner Füle inaugurated a bi-communal waste water treatment plant for greater Nicosia, the design and construction of which was supported by EU money.

I am very happy to be back on the island, nearly two years after my second visit in June 2012. It is a pleasure to see so many familiar faces and I thank you for accepting my invitation to this dinner.Please allow me to offer some introductory remarks before we engage in less formal discussions. I would like to focus on the encouraging situation in the settlement process. I feel that the mood is very different these days compared with past periods. This is a unique opportunity to put an end to the division of Cyprus and I look forward to discussing with you how we can all contribute.The circumstances have changed since my last visit:The regional context is different – regional stability is no longer something that can easily be taken for granted as the sad example of Syria shows;We have seen Europe and in particular Cyprus going through a difficult time with regard to economic developments. The existence of hydrocarbons and the potential income is another game changer. There are studies that clearly indicate the economic benefit Cyprus would experience from being reunited, let me just mention some:There are no doubts that settlement would lead to major investments in many areas, be it in the building sector, the tourism or other business areas.There are estimates that settlement would lead to approximately a doubling of the GDP of the whole island by 2035.

Turkey is playing a constructive role to support the negotiation process and further close relations between Cyprus and Turkey could open up other opportunities both for Turkey and for Cyprus. A settlement would open the Turkish market for Cyprus and the EU market for Turkish Cypriots. The construction of an energy pipeline to Turkey could be possible.

Second, the Commission will step up its efforts to help the Turkish Cypriot Community prepare for implementation of the acquis. The 2006 Aid Regulation establishing the European Union assistance programme for the Turkish Cypriot community already provides a solid and broad basis for that and I am here to discuss with all partners the best way to proceed.

Third, it will be important to ensure that following a settlement, the European Union can count on an efficient and effective reunited Cyprus as a Member State fulfilling its acquis commitments. We are also ready to jointly identify ways to step up our efforts through new measures and instruments once the settlement process has advanced.

I had meetings earlier today with the two community leaders and I came away with the feeling that they share our understanding of the need to do more. We now have to identify a way to move forward in a manner that all involved feel comfortable with.

On this occasion let me mention the important contribution civil society has made and will still make to the settlement process. The business community has supported the process with a strong public presence through joint statements and initiatives. You showed a shared approach to accepting challenges and transforming them into opportunities; and you took the strong position that words alone are not enough. They need to be translated into action.

A number of other Civil Society actors have also shown strong commitment, be it those involved in bi-communal activities at municipality level or the different religious leaders. I hope that you will keep up your good cooperation and efforts.

I am looking forward to our discussion on how we can make change happen and ensure it is sustainable.'