Sharon to be buried at Negev Desert

Ariel Sharon will be buried next to the grave of his wife at Negev Desert with a military funeral on Monday, 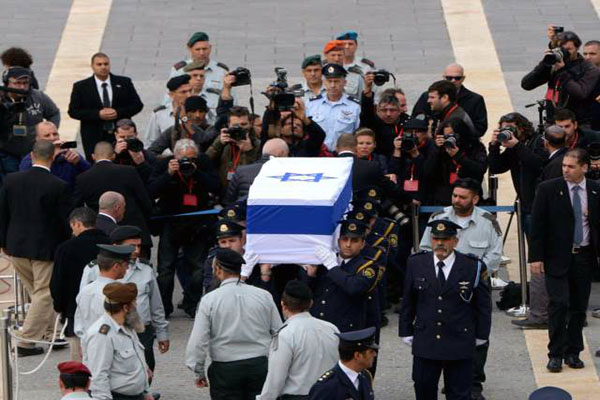 The late ex-prime minister of Israel Ariel Sharon will be buried next to the grave of his wife at Negev Desert with a military funeral on Monday, following a state memorial service at the Israeli parliament Knesset, said Israeli Prime Ministry. A committee to organize the state ceremony for Sharon scheduled to take place on Monday issued a written statement and released the details of the ceremony after a 6-hour overnight meeting at Israeli Prime Ministry.  Before the funeral, his body will lie in state at Knesset on Monday morning for public visiting amid strict security measures and no private vehicles will be allowed into the compound, detailed the statement.

All plenary sessions and committee meetings at the Knesset were postponed until after the funeral of Israel's eleventh prime minister who died on Saturday after eight-year in coma.