A bomb ripped a bus apart in Volgograd on Monday, killing 14 people in the second deadly attack 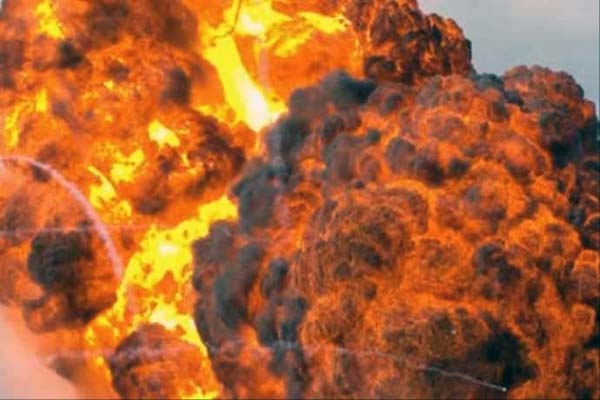 President Vladimir Putin, who has staked his prestige on February's Sochi Games and dismissed threats from Chechen and other Islamist militants in the nearby North Caucasus, ordered tighter security nationwide after the morning rush-hour blast. Investigators said they believed a male suicide bomber set off the blast, a day after a similar attack killed at least 17 in the main rail station of a city that serves as a gateway to the southern wedge of Russian territory bounded by the Black and Caspian Seas and the Caucasus mountains. The blue and white trolleybus - powered by overhead electric cables - was reduced to a twisted, gutted carcass. Bodies were strewn across the street as Russians prepared to celebrate New Year, the biggest annual holiday. Windows in nearby apartments were blown out by the blast, which Russia's foreign ministry condemned as part of a global "terrorist" campaign and welcomed a declaration of solidarity made on Sunday by the United Nations Security Council. "For the second day, we are dying. It's a nightmare," a woman near the scene told Reuters, her voice trembling as she choked back tears. "What are we supposed to do, just walk now?"

"Identical" shrapnel to that in the rail station indicated that the two bombs were linked, investigators said.

"There was smoke and people were lying in the street," said Olga, who works nearby. "The driver was thrown a long way. She was alive and moaning ... Her hands and clothes were bloody."

There was no immediate claim of responsibility.

On Sunday, investigators initially described the station bomber as a woman from Dagestan, a hub of Islamist militancy on the Caspian, but they later said the attacker may have been a man. In October, a woman from the North Caucasus blew up and killed seven people on a bus in Volgograd.

It was unclear why the city, which will host soccer matches during the 2018 World Cup, has been hit. However, geography - being close to the restive regions - and its historical significance, may have contributed to its being targeted.