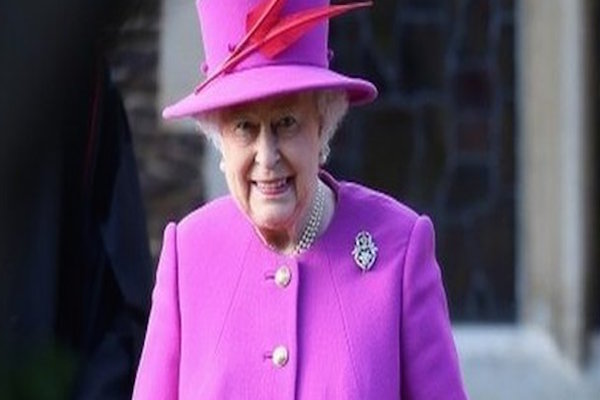 She spoke of the impact of the Scottish independence referendum, and also paid tribute to the moment German and British soldiers put down their weapons and met on Christmas Day 1914.

"Sometimes it seems reconciliation stands little chance... but the Christmas truce reminds us peace and goodwill have lasting power," she said.

While most members of the Royal Family were present, the Duchess of Cornwall and Prince George did not attend line In her speech, the head of state said Christ's example taught her to "respect and value all people of whatever faith or none".

She said many felt "great disappointment" and others "great relief" after the Scottish vote which rejected independence, and "bridging these differences will take time".

In contrast, the Queen said she was reminded that Northern Ireland had already begun the journey to heal divisions when she visited a Belfast prison turned visitor attraction centre in June.

She began her speech by talking about a sculpture of a man and woman embracing by Josefina de Vasconcellos and called Reconciliation.

"While my tour of the set of Game Of Thrones may have gained most attention, my visit to the Crumlin Road Gaol will remain vividly in my mind," she said.

"What was once a prison during the Troubles is now a place of hope and fresh purpose; a reminder of what is possible when people reach out to one another, rather like the couple in the sculpture."

As the Queen spoke, footage of the visit was shown including the monarch walking through the famous building with Stormont First Minister Peter Robinson and Deputy First Minister Martin McGuinness - both of whom spent time in its cells in the 1970s or 1980s.(bbcnews)