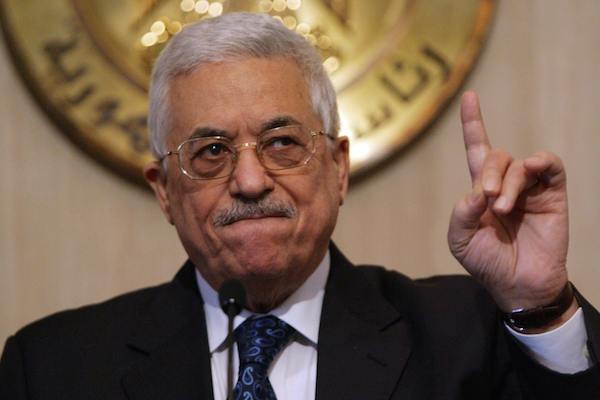 Palestinian Authority (PA) President Mahmoud Abbas on Sunday called on Israeli authorities to rescind a decision to confiscate 4,000 dunam of land in the occupied West Bank.
”This decision will further worsen the situation," Nabil Abu Rudeinah, spokesman for the PA, told Palestinian Wafa news agency. "Israel's settlement's policy is illegitimate."
Earlier on Sunday, Israeli authorities announced the confiscation of 4,000 dunam of land near the Jewish settlement of Gush Etzion in the southern West Bank's Hebron province, according to a statement by the Israeli government's coordination office in the West Bank. The confiscation order was taken by the Israeli authorities as a response to the kidnapping and subsequent killing of three Jewish settlers two months ago in Hebron, the Israeli radio reported. The Israeli authorities gave the Palestinians and human rights organizations 45 days to submit their legal objections to the decision in Israeli courts. Israeli settlement building projects in Jerusalem and the West Bank have been in full swing recently as peace talks with the Palestinians collapsed earlier this year. International law views the West Bank and East Jerusalem as "occupied territories," considering all Jewish settlement building on the land illegal. About 500,000 Israelis now live in more than one hundred Jewish-only settlements built since Israel occupied the West Bank and East Jerusalem in 1967. The Palestinians want these areas, along with the Gaza Strip, in which to establish their future state. Palestinian negotiators insist that Israeli settlement building on Arab land must stop before a comprehensive peace agreement can be reached.
By Qais Abu Samra