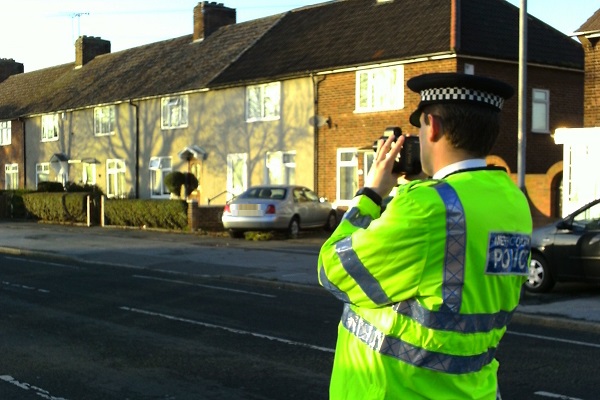 Arrests were made on Thursday, 18 September for offences that included burglary, robbery, handling stolen goods, possession of an offensive weapon, possession with intent to supply drugs and theft.

Officers have used a range of tactics from proactive patrols in marked ANPR equipped vehicles, to static ANPR points in areas suffering local crime issues. Officers were deployed in both plain clothes and in full uniform.

Officers carried out a total of 117 searches and 513 vehicle stops. A total of 33 cars were seized, 14 Fixed Penalty Notices (FPNs) issued and 41 people were arrested for various offences.

Notable results included an arrest for possession of Class A drugs with intent to supply (with the recovery of around 100 rocks of suspected crack cocaine), the arrest of a prolific offender who had been wanted by police for over three months and arrests for money laundering and other serious offences.

Temporary Chief Inspector Martin Kirby, from Barking and Dagenham, said: “This operation has been very successful. We have utilised the knowledge of local officers who have used crime figures and feedback from their local communities to plan where we have deployed our resources. The Boroughs have been supported by a range of additional units who have increased capabilities to support these local objectives. My aim has been to provide a reassuring presence within our communities and to tackle offenders using the roads.”

Hackney - a total of three arrests for robbery, theft and a racially aggravated public order offence

Waltham Forest - a total of eight arrests for offences including, points and blades, possession of an offensive weapon and possession with intent to supply Class C drugs.

Redbridge - a total of two arrests for drug offences and breach of bail.

Havering - one arrest for a wanted suspect.

Newham - a total of ten arrests made for offences including, disqualified driving, handling stolen goods, robbery, possession of an offensive weapon and drug offences.

Barking and Dagenham - a total of three arrests made for possession of Class A drugs.

Enfield - a total of seven arrests for offences including, burglary, handling stolen goods and dangerous driving.