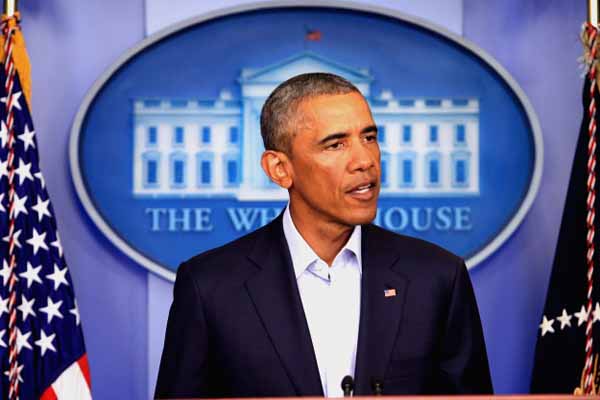 Public outcry over scenes in Ferguson of heavily armed police forces clashing with protestors impelled Obama to review the federal government policy of outfitting local police throughout the U.S. with military surplus equipment, U.S. media reported. “There is a big difference between our military and our local law enforcement. And we don’t want those lines blurred,” he said on August 18 following violent weekend clashes in the Saint Louis suburb, already hinting that such a review was impending. The review will reportedly monitor the soundness of the programs and the training local police are, or are not, receiving to use the equipment. Civil unrest in Ferguson began the day after Michael Brown, an unarmed 18 year-old black man, was shot by a white police officer Darren Wilson on August 9.  In the following days, West Florissant Avenue, only a few blocks from the scene of the deadly confrontation, saw violent clashes between heavily armed police and protesters. But on Saturday, peaceful demonstrations continued for a fourth consecutive day as police marched side by side with thousands of protesters. As evening approached the crowds were replaced by smaller groups of protesters as signs of normalcy across the formerly restive strip appeared to return. More businesses opened, and the number of shoppers began to rival the formerly large groups of protesters.

But for those determined to continue their political protests, it was not yet time to end  calls for justice for Brown.

As they sat on a blanket splayed out on a small yard on West Florissant Avenue, Robert Froman and Natalie Vowell enjoyed food and drink “because the most peaceful kind of protest is a picnic,” according to Froman.

Just up the street from the couple, Eva Ball, resident who traveled over 400 miles (643 km) with her daughter and friend, from Columbus, Ohio, where they  reside said that they made the trip to “stand up for the rights of people to have justice.”

A coalition of groups, including Clergy United, Crisis Aid International and the Ferguson Police Department distributed food to residents of the Canfield Green Apartments, located just in front of where Brown died.

On Monday, thousands are expected to attend his funeral at the Friendly Temple Missionary Baptist Church in St. Louis.

The White House announced Saturday that three Obama administration officials would attend the ceremony, including Broderick Johnson, who heads Obama’s My Brother’s Keeper Task Force, which aims to improve the lives of young people of color, Heather Foster and Marlon Marshall.