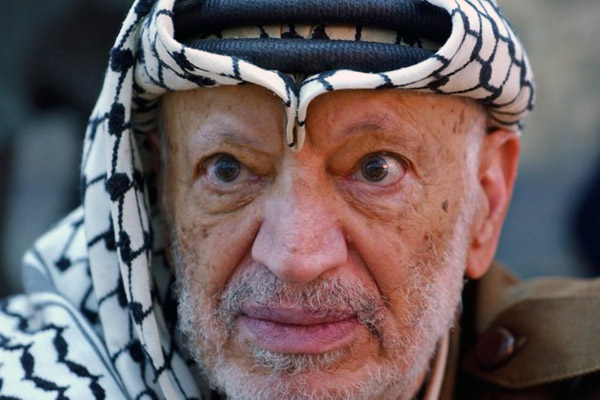 A report published in The Lancet Journal has revealed that Swiss scientists researching the suspicious circumstances surrounding the death of Yasser Arafat found evidence of polonium 210, a highly radioactive element. After analyzing blood, urine and saliva stains on the former Palestinian leader’s cloths and toothbrush, they found high levels of the element which may have been used to kill him.

Arafat died in November 2004 at the age of 75, after becoming seriously ill a month earlier. At the time no one was able to identify his illness, but following accusations of an assassination his body was exhumed in November 2012 for tests.

The director of the Institut de Radiophysique in Lausanne, Dr. Francois Bochud, was was conducting the investigation at the time, told Al Jazeera: "I can confirm to you that we measured an unexplained, elevated amount of unsupported polonium-210 in the belongings of Mr. Arafat that contained stains of biological fluids."

The published review in The Lancet Journal also confirms this saying "[the] findings support the possibility of Arafat's poisoning with 210Po ...on the basis of [the] forensic investigation, there was sufficient doubt to recommend the exhumation of his body in 2012."