Nelson Mandela, widely regarded as father of the nation after fighting apartheid, died Thursday at the age of 95. 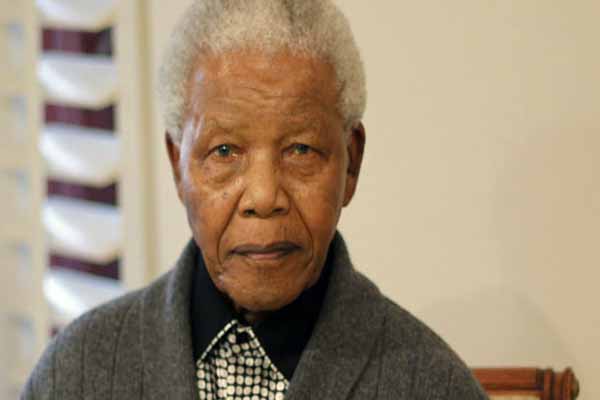 Mandela passed away at his home in Johannesburg after a prolonged battle against health problems in recent months. Mandela became South Africa's first democratically elected president in 1994. He served in the office for five years. He is revered by South Africans as the father of their nation after spending spent 27 years in prison for taking up arms to fight the apartheid regime. Mandela served as president of the ruling African National Congress (ANC) between 1991 and 1997. In a tribute to Nelson Mandela who died Thursday evening, UN Secretary-General Ban Ki-moon described him as “a giant for justice and a down-to-earth human inspiration, whose selfless struggle for human dignity, equality and freedom served as an example for generations of people."

Ban said he was privileged to meet Nelson Mandela in 2009, he said he would never forget Mandela’s deep sense of shared purpose, "When I thanked him for his life’s work, he insisted the credit belonged to others saying 'no, it’s not only me – there are hundreds and hundreds of known, unknown people, who have contributed to the ending of apartheid'".

Speaking to reporters at the UN Headquarters, Ban said many around the world were greatly influenced by Nelson Mandela: “He touched our lives in deeply personal ways,” he said, also stating that “his moral force was decisive in dismantling the system of apartheid,” as he strived “to build a new South Africa based on dialogue and reconciliation.”