Stoltenberg said the situation remained "fragile" and violations of the cease-fire continued. 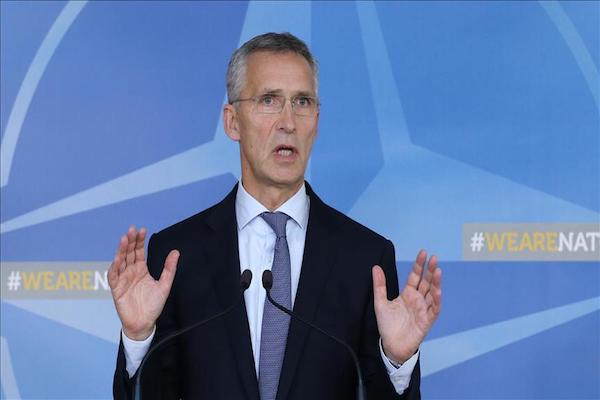 "NATO allies and Russia continue to have fundamental differences on the issue of Ukraine, how to solve the crisis in Ukraine," Stoltenberg told reporters after the meeting.

He said the conflict continued to have a "profound" impact on the security and stability of the Euro-Atlantic region.

"Improving the security situation in eastern Ukraine remains the priority in order to move towards the full implemantation of the Minsk agreements."

Stoltenberg said the situation remained "fragile" and violations of the cease-fire continued.

"We welcome the ongoing diplomatic efforts to promote the implementantion of the Minsk agreeements by all sides," he said.

Stoltenberg said they also had a "frank exchange" on the security situation in Afghanistan, including the regional terrorist threats.

"Our analyses differ considerably but we all share the same interest in ensuring security and stability in Afghanistan," he said, adding Russia had provided a briefing about its policy in Afghanistan.

"It is important that everybody supports the national unity government. This is the best way to help fight terrorism in Afghanistan and achieve greater security and stability for the whole region," he said.

Upon a question whether Russia supported Taliban in Afghanistan, the NATO chief said Russia denied that but the issue was discussed during the meeting.

He added NATO would continue to support Afghanistan and help them with training their security forces.

"Today, we exchanged information on recent exercises," he said, adding NATO and Russia agreed to enhance transparency and predictability in the Euro-Atlantic area.