Is He The Lonely Man of the Middle East

That the leader of secular, democratic Turkey -- a long-time U.S. ally and member of the North Atlantic Treaty Organization -- has managed to out-Putin 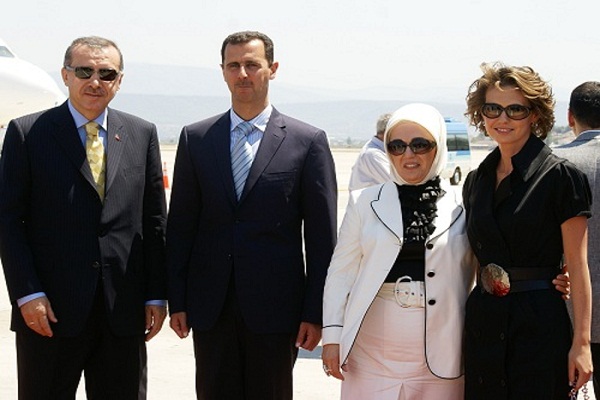 When Turkish Prime Minister Tayyip Recep Erdogan met last month with Russian strongman Vladimir Putin about the civil war in Syria, political biographers had a right to be confused. STANLEY WEISS WRITES ON Huffingtonpost.com. After all, one is the leader of a government that has imprisoned more journalists than China and Iran combined; empowered special courts to arrest citizens on suspicion of terrorism without evidence or the right to a hearing; sentenced two students to eight years in prison for holding a sign at a rally demanding "free education;' and has seen more than 20,000 complaints filed against it in the European Court of Human Rights since 2008. The other is president of Russia.

That the leader of secular, democratic Turkey -- a long-time U.S. ally and member of the North Atlantic Treaty Organization -- has managed to out-Putin Putin when it comes to steamrolling civil liberties the past ten years is just the beginning of the way politics is changing on the Black Sea. Even while Putin receives a fresh round of global scorn for the two-year prison sentence metered out to three young women of the Pussy Riot punk band, Erdogan has successfully executed every trick in the Putin playbook, except one. But it is that one failure that may have the most dramatic effect on the future of Turkey and the direction of U.S. foreign policy.

For two neighbors that fought eight wars between them from the eighteenth through the early twentieth century, Russia and Turkey have a lot in common. Both bridge Asia and Europe. Both enjoyed historic runs as world powers. Both have declared their intention to join Europe. And under Putin and Erdogan, both have taken historic steps away from democracy in an attempt to recapture past glory. Call it the four steps toward autocracy in a global age.

Step one: Use the judicial system to crush your enemies.

Like Putin -- who The Economist recently argued is "building the legal framework for authoritarian rule" -- Erdogan has used the courts to create what has been called "a new climate of fear in Istanbul." While arresting students, journalists and activists in record numbers, he has trained his greatest guns on the military -- which has defended Turkey's secularism since 1921, when Mustafa Kemal Ataturk created modern Turkey out of the ashes of the Ottoman Empire. As one Turk recently observed, reflecting on the bloodthirsty dictator of Syria, the military is "the reason Turkey never had an Assad." With hundreds of officers now behind bars on trumped-up charges that they planned a coup, this month, Erdogan forcibly retired 40 top admirals and generals currently on trial before their guilt or innocence could be established. But like Putin, Erdogan is granted a lot of slack by his own citizens -- he took a moribund economy in 2003 and turned it into one of the strongest in Europe. Culturally, cities like Istanbul are thriving. Many Turks believe life is better under Erdogan, and don't look fondly on the three coups the military staged since 1960 or the government it forced to quit in 1997.

Step two: Mask your true ideology under the guise of democracy.

Just as Putin speaks of democracy in Russia while making no attempt to hide his affection for the centrally-planned, KGB-dominated days of the Soviet Union, Erdogan has praised democracy while expressing disgust at Turkey's separation of mosque and state, calling himself both "the imam of Istanbul" and "a servant of Shari'a." Since taking power in 2003, Erdogan's Islamist Justice and Development Party has tripled the number of students attending Islamist high schools; passed a new law requiring that every public facility in the country have a Muslim prayer room; taken control of the historically secular Turkish Academy of Sciences; and built more mosques than any previous government while announcing plans to create a super-mosque in Istanbul with the "highest minarets in the world." Little wonder that in 2010, Saudi King Abdullah presented Erdogan with Saudi Arabia's most prestigious prize for his "services to Islam."

Step three: Make friends with old adversaries at the expense of old allies.

Just as Putin actively built friendships with old foes Germany, Italy and France during his first term, Erdogan took office announcing a strategic realignment of Turkish policy centered on "'zero problems' with the neighbors.." He sought out new partnerships with Iran, Syria, Libya, Pakistan and Hamas -- and did so at the expense of the U.S. and Israel. In 2003, he won Arab plaudits for rejecting American requests to use Turkish territory to transport troops to Iraq. In 2009, he was hailed as a Muslim hero for picking a fight with Israeli President Shimon Peres at the World Economic Forum in Davos. Further raising Western eyebrows, he sided with Iran against the U.S. over Tehran sanctions; championed Palestinian statehood at the United Nations; lauded Pakistani soldiers accidentally killed by U.S. drones as "our martrys;" and even accepted a human rights award from former Libyan despot Muammar Gaddafi.

If there is one lesson of Putin's that Erdogan hasn't learned, it is that tough talk needs to be followed up by decisive action. The only battles Erdogan seems capable of fighting thus far are wars of words -- making him look, as journalist Gideon Rachman puts it, "naïve and ineffective."

Syria may prove to be Erdogan's undoing. Turkey first supported Syria, then tried to coax it to change, then criticized it, and then officially allied with the Syrian opposition. It has put Turkey in the uncomfortable position of being the only country that has allowed its soil to become the base of Syrian opposition as well as the sole NATO country trying to convince other NATO members to intervene. Other Muslims are now openly accusing Turkey of being part of a "sabotage axis" against Damascus, aligning with what nations like Iran regard as "the devil's instrument on earth" -- America -- to unseat an Islamic regime.

Far from "zero problems with its neighbors," Turkey now has problems with all its neighbors, including Russia, Iran, Iraq, Egypt, Israel and Armenia. It has led the Turkish magazine Radikal to observe that Turkey, which was once known as the sick man of Europe, is now becoming "the lonely man of the Middle East." With no NATO allies coming to the rescue anytime soon, Turkey runs the risk that its own Kurds -- which it has been battling for three decades -- will ally with Kurds in Syria to destabilize Turkey's southern border. As the Centre for Research on Globalization puts it, "Should Syria burn, Turkey will ultimately burn too."

Once again, Erdogan is turning back to the Putin playbook: term-limited out as prime minister, he is working to rewrite the Constitution to give the president more power: an office he will then run for, Putin-style, in 2014. It was said that Syria is the place where Ataturk, as a young military officer, first proved his greatest strengths. A century later, it is revealing a Turkish prime minister's greatest weaknesses. Where it will lead -- for Turkey, and for America -- nobody knows. But we'll soon find out how much of Putin that Erdogan really has in him.