Iceland volcano not a concern for UK airspace 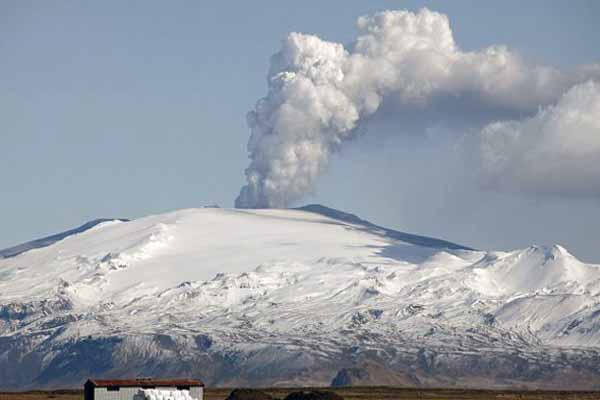 Earthquakes of magnitude 5.3 and 5.1, the biggest since tremors started last week, were recorded early on Sundayday near the Bárðarbunga volcano. A decision on Saturday by Icelandic authorities to raise the warning code for airlines to the highest level has fuelled concern that an eruption could ground planes across Europe as volcanic ash clouds did in 2010 and 2011. On Sunday Iceland lowered its aviation alert level from red to orange, signalling a volcanic eruption remained possible in coming days but was not imminent. The Civil Aviation Authority (CAA) said it would not close UK airspace in the event of an eruption. New guidelines and advances in the detection of ash and better understanding of its risks mean volcanic clouds similar to those seen at the start of the decade would no longer have a significant impact on air travel in Europe, although a bigger eruption could disrupt schedules in affected areas.

Under new guidelines, the Met Office will identify specific areas of ash. Planes will be allowed to fly through low density ash – up to 2mg per cubic metre of air – which has been deemed safe by engine manufacturers since 2010. At medium density – 2mg-4mg per cubic metre – airlines can operate if they have agreed a safety case with the CAA, as many already do. Even in areas of predicted higher densities, airlines could continue to operate if they can demonstrate to the regulator they have robust risk mitigation measures and additional safety procedures.

In 2010, ash from Iceland's Eyjafjallajökull volcano led to the closure of much of Europe's airspace for six days, cancelling more than 100,000 flights and disrupting travel for more than 10 million people. Holidaymakers were stranded and many imports, such as fresh vegetables, disappeared from supermarket shelves. The cost was estimated at more than £1bn. The second eruption, in 2011, caused less severe disruption.

A small area of airspace above the Bárðarbunga volcano that had been closed reopened on Sundayday. The region has been evacuated. Iceland's met office said it had concluded that there had not been a small lava eruption under the glacier. So far, no ash has been emitted. The office said seismic activity at the volcano was not slowing, with the downgraded level of alert to orange signalling "heightened or escalating unrest with increased potential of eruption."

The CAA said it would issue a notice to airlines should an ash cloud form but it would not close airspace. Individual airlines will decide where to fly.

EasyJet said there would be no change to its schedules. It has been successfully testing a volcanic ash detection system for aircraft in recent years which it is planning to fit to its fleet.

British Airways said: "We're just monitoring the situation closely. All the indications are it wouldn't be a repeat of 2010."

Guidelines have been modified since 2010, when BA's chief executive, Willie Walsh, condemned the closure as a "gross overreaction" and flew a test plane into the ash cloud to prove his point.

A CAA spokesman said: "There have been great changes since 2010 and a huge amount of work done. If we have the same amount of ash as in 2010 there would be no realistic impact. It really depends how dense the ash is – if, of course, the volcano does erupt."